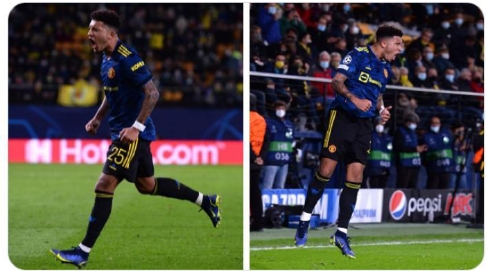 It’s all shouts of victory as Manchester United won their first match since Ole Gunnar Solskjaer left his role as manager. The United Team secured the last 16th in the Champions League on Tuesday evening 2-0 win over Villarreal

It is note worthy that Cristiano Ronaldo’s strike against Villarreal was the third time he has scored a match-winning goal in the final 15 minutes of a Champions League match this season – the most by a player in a single season in the competition (excluding extra-time).

Jadon Sancho sealed the second goal with his first Manchester United goal and it’s a brilliant victory for the red devils as they booked their spot in the champions league knockout.

However, Villarreal have won two of their last three games. They drew 1-1 against Celta Vigo at the weekend. Villarreal and United are second and first respectively in Group F, both on seven points.

Michael Carrick has taken temporary charge of Manchester United pending the appointment of an interim manager until the end of the season.