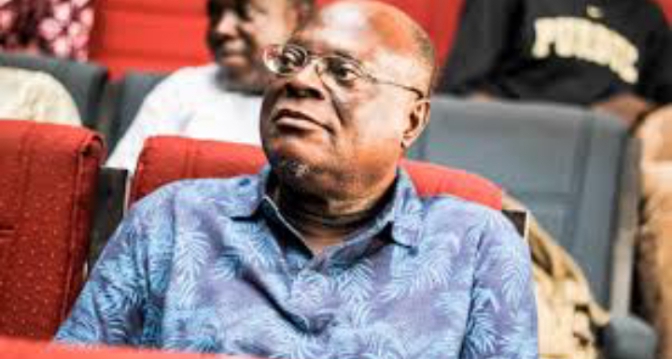 Professor Femi Osofisan, playwright and poet, while addressing the over 2000 audience at the just concluded Lagos Arts and Books Festival(LABAF), said the Nigeria government has inherited this lord and master mindset from the colonial masters, and this kind of mindset will do the people no good.

According to him, what happened on the day Nigeria said it gained independence was nothing but the transference of position, power, and the mindset to continue to lord it over the people.

Osofisan who happens to be the chairman at the festival, with the theme “How did it go awfully wrong”? Said this is so because the people did not fight for their independence like the liberation movement.

He made it clear that those in power did not come into power because they had the mind to change anything, he said they only took over power because they want to have a taste of power and live in big areas like the white masters lived.

During the colonial era, we looked up to the whites for so many things, and the same thing is happening presently.

The only time they come to the people is when they need supports to get to the top, but once they get there the beat changes. Just like the whites, they came into the country with different promises but when they were warmly welcomed they became the worst nightmare of the people.

He said until the masses begin to see themselves as blacks and take the right steps, things will remain the same.

He cited an example saying:

” If you make a shoe and say ‘Made in Aba’ instead of ‘Italy’ nobody will buy it. That mentality is crucial to development as far as I am concerned”.

Nigerians still value whites than the blacks even though they claim not to. The government would rather give a White contract than to give a black man.

Until Nigerians find a way to conquer this mentality, we are not liberated yet.