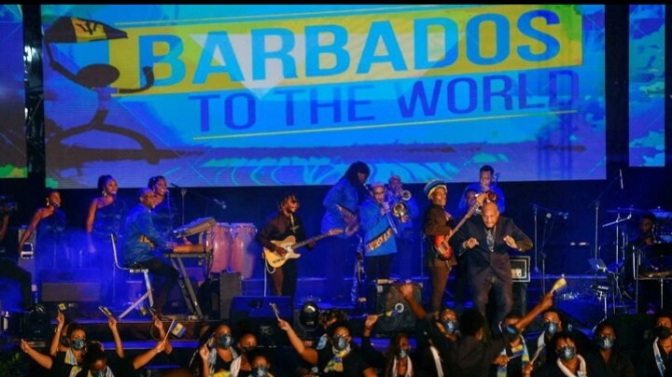 The Caribbean Island, Barbados ditched Queen Elizabeth as head of state and elects its first-ever President.

The flag representing the Queen of England was lowered in a ceremony organized to mark a new beginning for the Republic of Barbados.

Having been voted in by two-thirds of the majority, Dame Sandra Mason was elected as the first president of the Caribbean.

The heir to the British throne, Prince Charles was also in attendance.

Barbadian Singer, Rihanna was declared a national hero by Prime Minister, Mia Mottley who led the Republican movement. He said it’s people have done well by electing the right candidate.

Mason had served as governor general of Barbados, representing the Queen in the former commonwealth realm..

Barbados will remain with the Commonwealth of Nations, an association that consists of 54 countries, but not under queen Elizabeth.

This has been a matter of debate long before this day. The Caribbeans have been working tirelessly on putting an end to the monarchical way of ruling.

Dame Mason in a statement said:

“We the People must give Republic Barbados its spirit and its substance. We must shape It future. We are each other’s and our nation’s keepers. We the people are Barbados.”