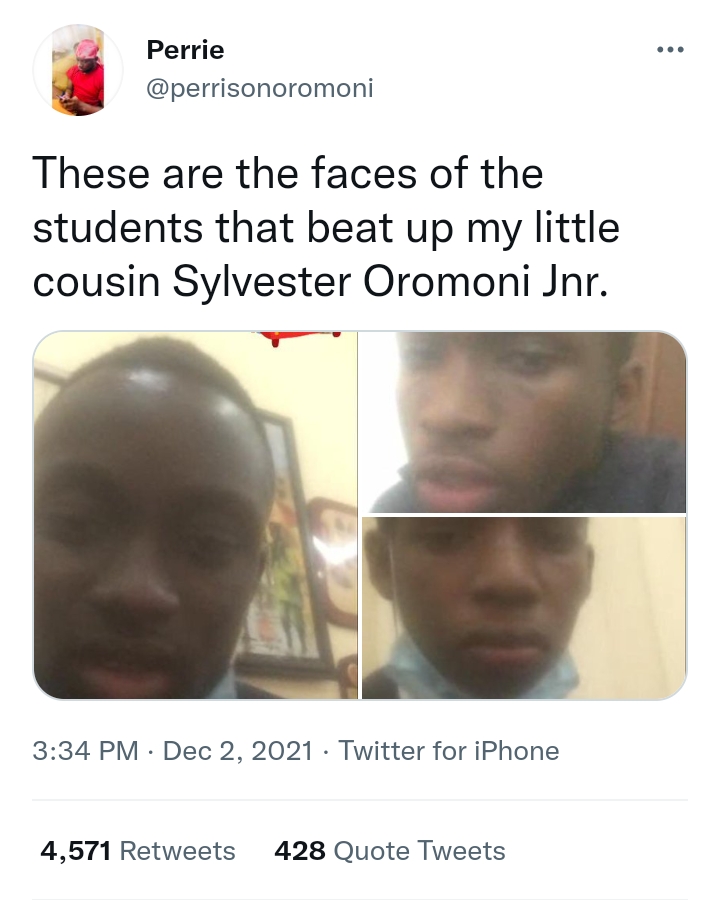 A Facebook user with the username ‘Chimezie Charles Harry’ has shared five names and pictures of the students involved in the gruesome murder of 12-year-old Sylvester Oromoni, a student at Dowen College in Lekki.

Sylvester was said to have been bullied and poisoned by seniors in his college for refusing to join a cult group, which later resulted into his death.

Aslo a Twitter handle, @perrisonoromoni who claims that Sylvester is her little cousin tweeted the photos of the college seniors behind the death of her cousin, hence, confirming that the above names are right.

“These are the faces of the students that beat up my little cousin Sylvester Oromoni Jnr,” the handle tweeted on Saturday.
The culprits mentioned are namely Anslem Temile, Micheal Kashamu, Benjamin Favor.

She went on to say the police has not given the deceased family any concrete information yet.

Reports gathered also stated that two of the students, whose names Sylvester mentioned before his last breaths, were flown out of the country by their parents.