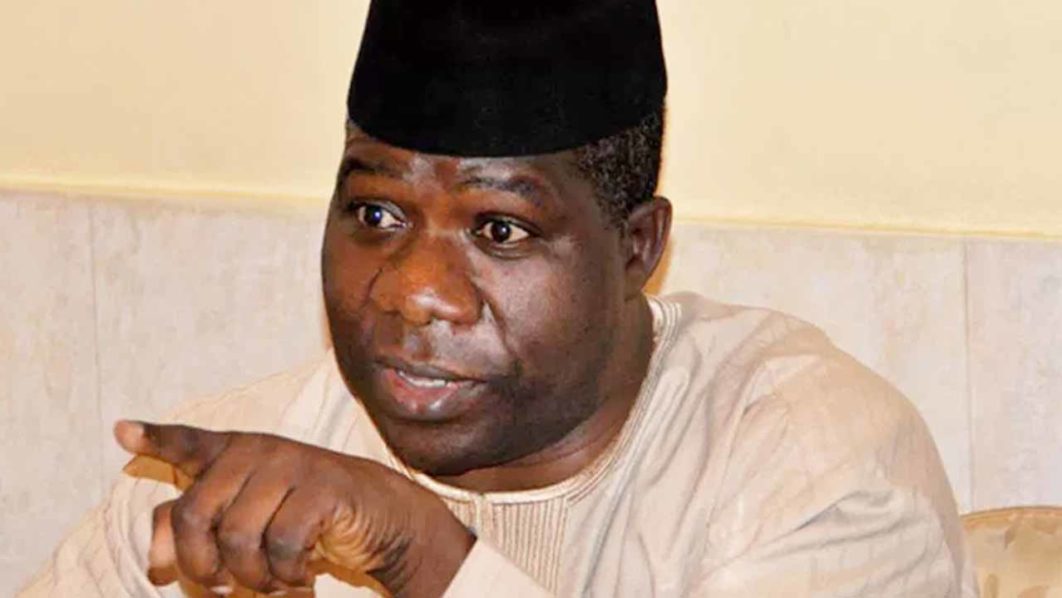 A group of professionals under the umbrella of Ekiti Concerned Professionals on Monday presented a cheque of N22.5 million to Sen. Opeyemi Bamidele (APC- Ekiti Central) ahead of the governorship election.

The group led by its Chairman, Lekan Ajisafe, made the presentation at the National Assembly’s office of the senator in Abuja.

The News Agency of Nigeria (NAN) reports that the Independent National Electoral Commission (INEC) has fixed the governorship election in Ekiti for June 18, 2022.

Ajisafe said the amount was raised within a week among Ekiti professionals from home and abroad would cover the cost of nomination and expression of interest forms to be purchased by the lawmaker, who is aspiring to the office of governor of his state.

He described Bamidele, who is the Chairman of the Southern Senators’ Forum as “a tested hand” who they are confident would move the state forward considering his track record of experiences in the legislative, judiciary and executive arms of government.

He said that “Bamidele is a tested hand and who is capable of turning the state for better considering his experiences in governance. We believe it is high time Ekiti presented its best product and also put its best foot forward.

”We have looked at this gubernatorial contest that is coming, we don’t want an unpopular candidate, we don’t want anyone who will come and rule the state by trying and experimenting. So, we want a tested hand. We want a trusted and experienced hand.

”That is why we all put our resources together to raise this cheque for him to buy this nomination and expression of interest forms ahead of the Ekiti governorship election.

”To show you that we really want him to run, we don’t want you to use your money to purchase the forms. We raised this money in less than a week. This is our mark of support to you.”

Bamidele in his remark appreciated the gesture, describing it as an impetus to his desire to serve the people of Ekiti.

”This means so much to me, it is one to want to serve the people, it is another thing also to feel appreciated that people who really matter want to give you encouragement. God knows that this is a lot of impetus to my own desire to serve the people and government of Ekiti.

”I am particularly interested in the fact that all of you who are making the presentation to me today are core professionals from Ekiti, you are not politicians. Even though I still need the support of politicians when it comes to campaigns and winning elections.

”For you to have decided on your own to make this wonderful contribution, shows that you want Ekiti that will work and by the grace of God, I will do my best if given an opportunity to serve,” he said.

Also a member of the group, Gboyega Oloniyo, said that “we believe in the course, we believe in him and we know that what he is going for is a noble thing.

“He is an achiever. He will change the narrative by collectively reworking the value system by checking the menace of corruption.

“The presentation of the cheque to him is a statement of solidarity that we are right behind him and we want to see him through this journey to huge success.”