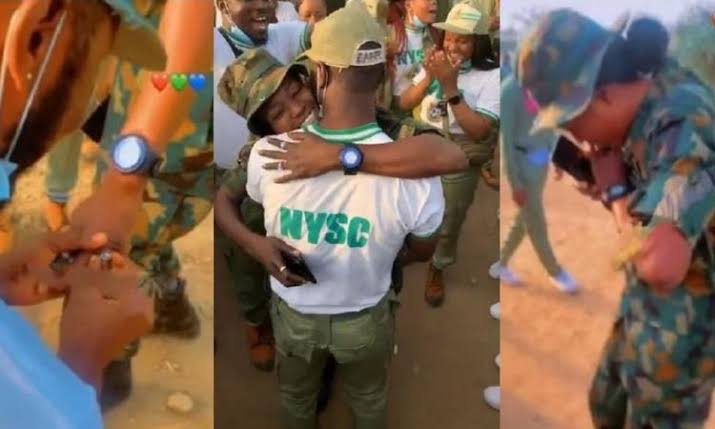 The Nigerian Army has reportedly arrested a female soldier who recently got a marriage proposal from a corps member in Kwara State NYSC Orientation Camp.

According to GossipmillTV that shared the news alongside a voice note, revealed the female soldier is currently in a guardroom and is facing the consequences of her action in the custody of the Nigerian Army.

Some outlined reasons for her apprehension include:

1) Not due for marriage.
2) Romancing on uniform publicly.
3) Absent on parade.
4) Indiscriminate behaviour.
5) Doing other things aside from her main purpose in NYSC Camp.
6) Disobedience to standing order of social media rule.
7) Disobedience and disregard to ethics and tradition of the Nigerian Army.