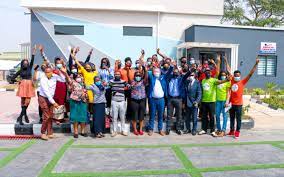 The United States Government has expressed its support to train 1000 youths and 170 radio journalists in media literacy.

The U.S. Consulate General in Lagos has partnered with the West Africa Broadcast and Media Academy and the Enugu Literacy Society to launch the project tagged ‘Project Fact Check Nigeria’.

Speaking at the opening ceremony of the workshop in Lagos on Monday, U.S. Consulate Public Affairs Officer, Stephen Ibelli, noted that an accountable media is required for a healthy democracy.

Ibelli said, “By promoting media literacy, we strengthen the principles of transparency, good governance and rule of law that serve as the essential cornerstones of our democratic system.”

As part of the project, WABMA and ELS have partnered with 17 participating radio stations for the production and airing of media literacy and countering misinformation shows over the next 12 months.

“In the months to come, we ask that you promote media literacy skills and educate your audience and the people in your different social networks and communities to be vigilant against the threat of false information,” Ibelli said.