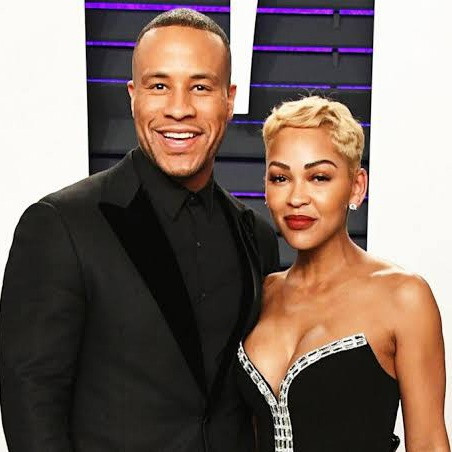 DeVon Franklin has reportedly filed for divorce from Meagan Good after 9 years of marriage.

Meagan Good, 40, and DeVon Franklin, 43, enjoyed a scandal-free marriage and the couple has been married since 2012 but do not have any children together.

According to legal documents exclusively obtained by The Blast, the divorce case was opened on Monday, December 20, at the Stanley Mosk Courthouse in Los Angeles, California.

The couple co-wrote the New York Times best-seller “The Wait”.

Just earlier this month, as Meagan promoted her new Amazon Prime Video series called Harlem, Devon took to Instagram to talk about the premiere and hail his wife.

“Y’all not ready for this!!!” he wrote in a caption alongside the video.

He added: “I’m so proud of my love @Meagangood! She’s one of the most talented actors on the planet AND she’s funnier than you may know but I’m so glad you finally get a chance to see her do it all as Camille Parks in the new Amazon show #Harlem @Harlemonprime!!”

Meagan Good responded: “My Loooove .. thank you Heart’ah’smiling. Love you!”