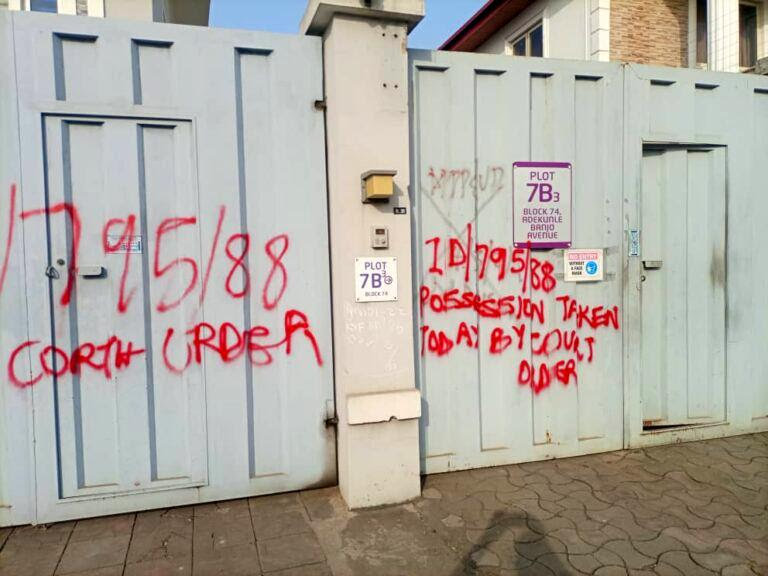 The tension in Magodo Estate is getting higher as lot of houses are under threat of demolition and possession following a team of policemen who stormed the area yesterday to write possession taken on many of them.

It was gathered that the execution order was given after a Supreme Court judgment which mandated the Lagos State government to give back five hundred and forty nine thousand (549,000) plots of land back to the original owners of the lands before it was illegally acquired over 38 year ago.

But after much pressure they said they wanted to build International hospital on the land. He said: “To my surprise and others the whole area was given to influential people and some top civil servants then, after seeing what the government was doing we then went to court to challenge them. We got an interlocutory against the government and those that acquired the lands.

“The judge then was mad at Lagos State government to the extent of revoking their certificate of occupancy already given to them and instructed the state government not to issue another document on the land.” He added that, when they got to the Court of Appeal the court supported the earlier judgment, but the state insisted on going to court.

The Supreme Court then decided the case in 2012 in their favour “at this point we are open to negotiation from the affected landlords, but every building in the estate will be marked for possession taken by court”

The buildings were marked by police officers from the Force Headquarters, Abuja, who were there to enforce a court judgment over the land tussle in the estate.