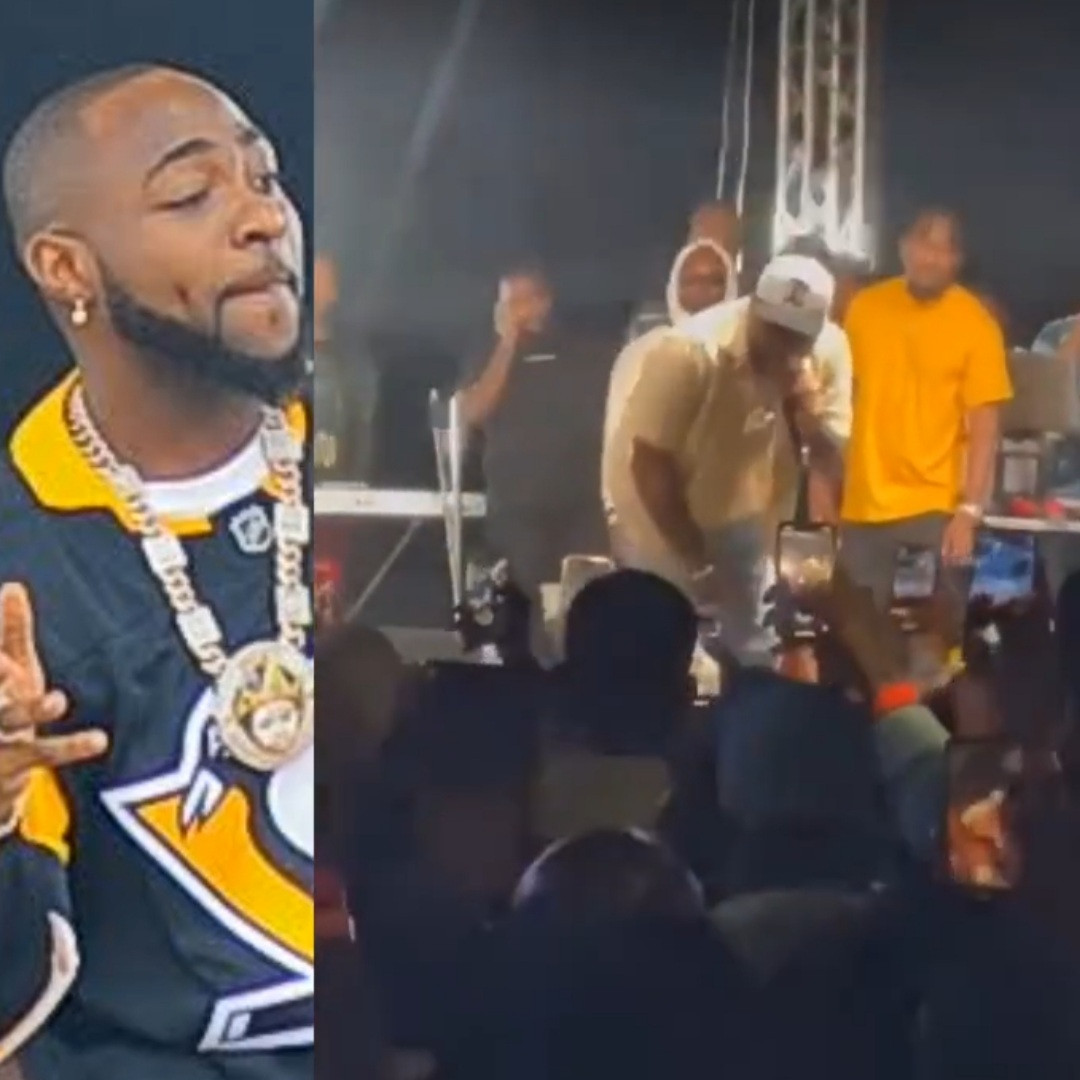 A video making rounds online captured moment Nigerian Music Superstar Davido lost his cool when he noticed that one of his fans attended his concert with a dog and he asked the fan to leave.

In the video Davido is seen performing on stage in Bayelsa when he notices someone in the crowd with a dog.

The singer walks towards the fan and asks him to leave with immediate effect. He also threatened to walk off stage if the fan doesn’t leave.

“Hey you. I go commot for this stage o. Carry that dog commot for here joor. Which kind nonsense be that?” Davido said angrily.

Watch the video below.