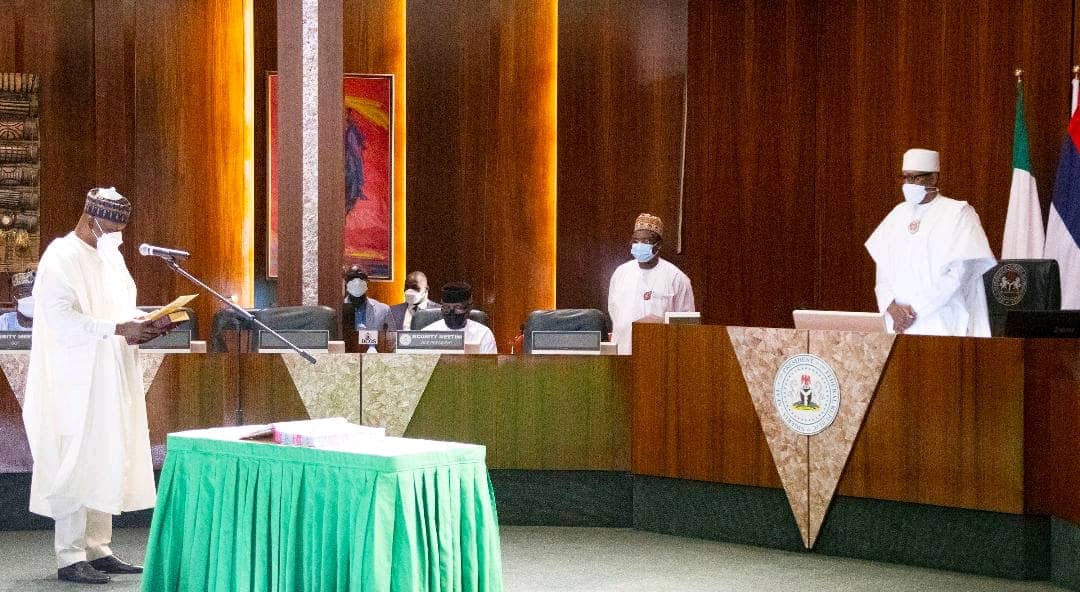 President Muhammadu Buhari has sworn in Muazu Sambo as Minister of State for Works and Housing.

This came after Sambo’s nomination as a minister was confirmed by the senate earlier this week, following a screening.

The new minister took an oath of office before the commencement of an ongoing security meeting at the Presidential Villa, Abuja.