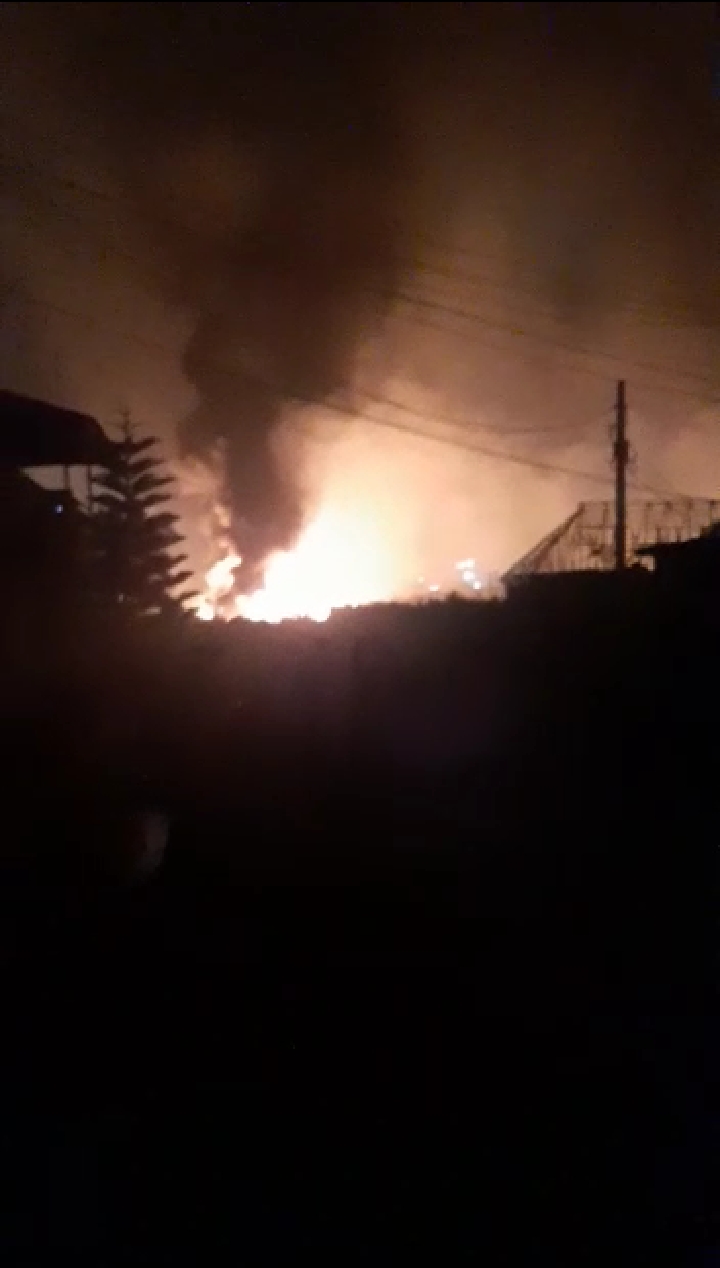 A fire outbreak has been reported at Ipaja-Baruwa in Lagos. The fire was said to have suddenly gushed out in the middle of night waking all the residents of the area.

An eyewitness also confirmed that there was fuel vandalism and residents were outside at 1 am at midnight to scoop fuel. Unfortunately, it resulted in a total fire outbreak.

In a video sent to our correspondent, the whole area was enveloped In fire and thick smoke . The eyewitness who recorded the video said all the residents had to move their cars and ride away from the area to avoid further damage.

However, no casualty has been recorded so far and the Fire department service were said to have gotten to the area two hours after the outbreak to put out the fire