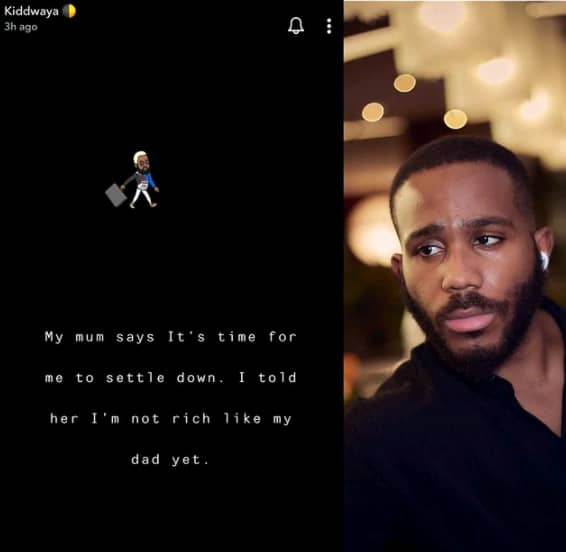 BBNaija star, Kiddwaya, took to his Snapchat to share a conversation he had with his mum.

According to him, his mum mentioned to him that it was time for him to settle down. He stated that his response was that it wasn’t yet time because he isn’t as rich as his father, Terry Waya, who is a billionaire businessman.