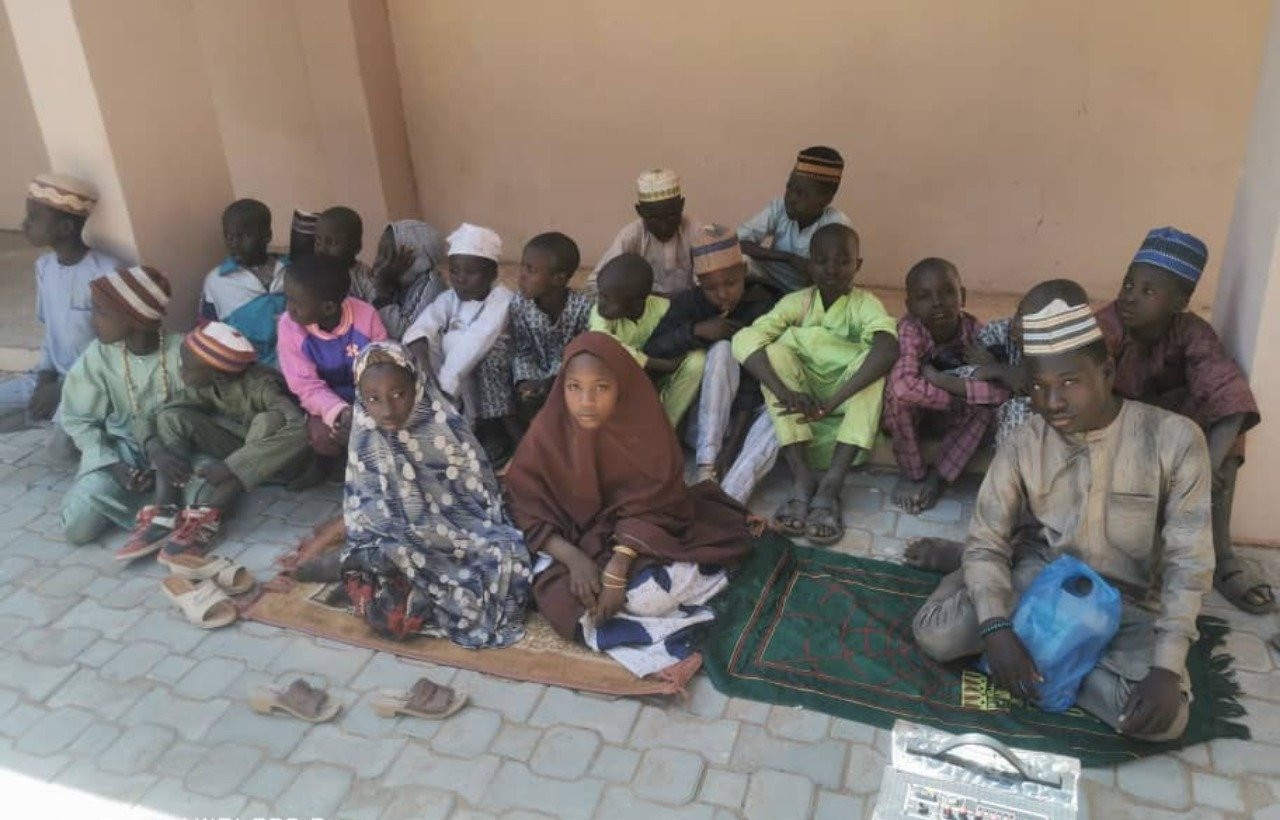 The state police spokesperson, Mohammed Shehu said the victims were rescued by security operatives after a gun duel with the bandits however the Islamiyya school teacher, Lawali Ibrahim, one bus driver, alongside other travellers are still with the kidnappers.

The pupils were said to be travelling with their teacher from Rini, Bakura LGA of Zamfara to Katsina state, when the armed bandits blocked the highway and abducted many commuters along the road.

Shehu said; “On 31st December, 2021, at about 2300hrs, a distress call was received from Kucheri Village Via Tsafe LGA that armed bandits in their large number blocked Gusau-Funtua federal highway at Kucheri axis, and abducted an unspecified number of commuters in five different vehicles.

“Police tactical operatives in conjunction with the military promptly responded to the distress call and moved to the scene, where they engaged the hoodlums in a serious gun battle.

“The police operatives succeeded in rescuing 21 kidnapped children including two females who were coming from Rini village in Bakura LGA to Katsina state for Almajiri Islamiyya school, along with their teacher named Lawali Ibrahim.

“The said scholar, Lawali Ibrahim, and the driver of their Hummer bus are among the victims that are currently in captivity.”

The police spokesperson also said the commissioner of police in the state, Ayuba Elkanah has already sent a reinforcement of police operatives to complement the effort of the joint security operatives currently working to rescue the remaining victims and apprehend the perpetrators.

Shehu added; “The Zamfara state police command is calling on the general public, especially drivers and passengers, to desist from night journey.

“The nighttime is the period that is mostly used by the bandits to block roads and kidnap commuters in the state.

“On its part, the police command will continue to work assiduously to ensure the safety and security of the citizenry.”