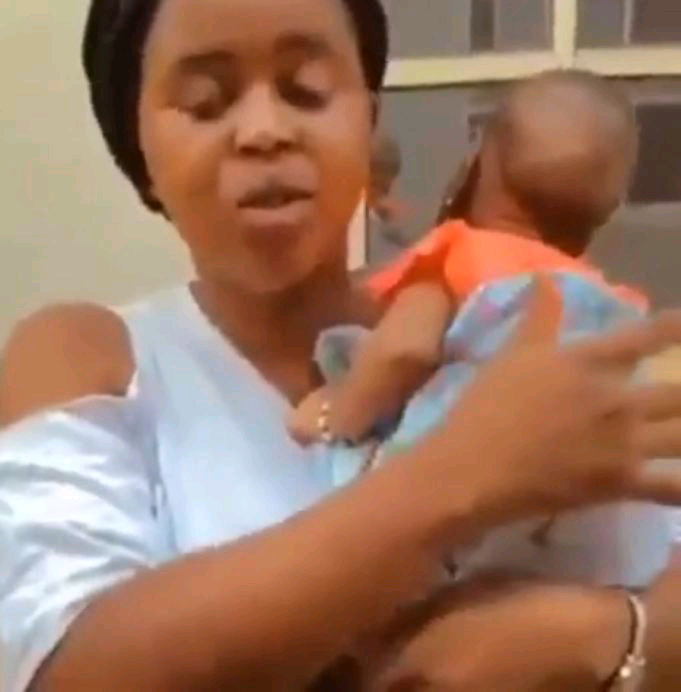 A lady in viral video who accused Nigerian singer, Portable, of impregnating her, has made a U-turn on her initial claim.

In a video which made the rounds on social media over the weekend, the young lady identified as Abike accused the ‘Zazu zeh’ star of impregnating her and abandoning her and the child.

According to her, she met Portable at a nightclub last year and spent the night with him as a prostitute. She later discovered she was pregnant, and when she broke the news to him, he insisted she terminate the pregnancy, but she refused.

“My name is Abike. Portable picked me up as a prostitute last year. We met at a club and he picked me up last year. We had sex and I became pregnant. He gave me move to remove the pregnancy but I refused to listen to him because we do not terminate pregnancies where I come from. I had the baby and this is the child.

Well, in a new development, Abike has come out to say that all she alleged in the initial video is untrue. She added that she was joking and the baby she held in the video was a friend’s daughter.

“I want to debunk this rumor that it is false and untrue. I have never met singer Portable in my entire life. We have never had anything together. I have never given birth, I have never been pregnant in my entire life. As we speak I am an undergraduate. I am not a nursing mother. The said baby is a child of my friend. and while we were joking, I decided to just do the video and I didn’t know it will go viral. I apologise to everyone I have misled. I hereby apologise to everyone. Singer portable, I am so sorry”.