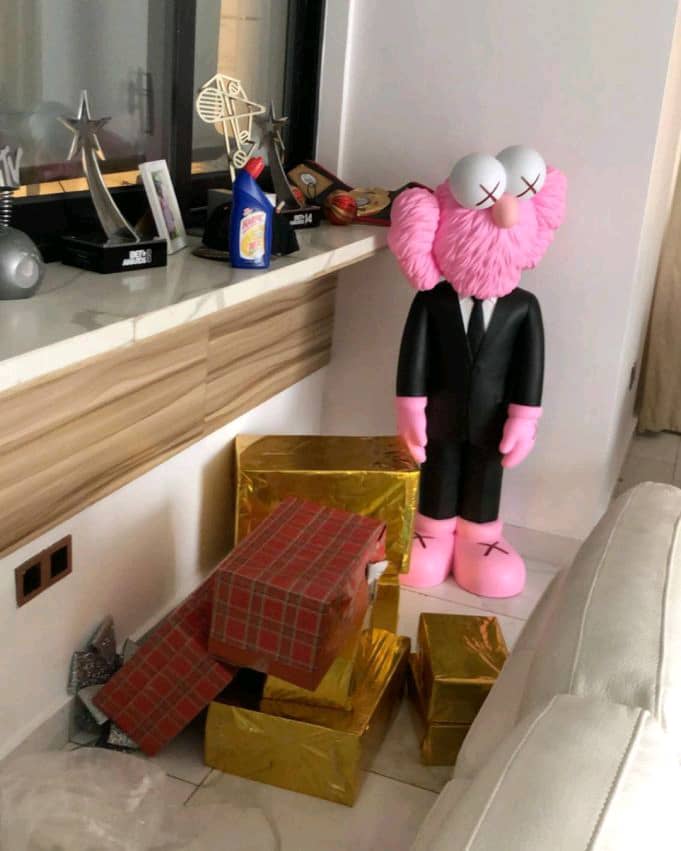 A clothing wears vendor has called out singer, Davido for allegedly refusing to pay the sum of 1 million Naira he owes him since 2020.

A to the vendor who is a student of the University of Lagos has narrated how Davido bought a pink stuffed dummy from him in Dec of 2020 and told him he couldn’t pay right away because at the time, he’d exceeded his transfer limit for the day.

The vendor, with username, Mastermindwears on IG revealed that Davido promised to pay as soon as possible but it’s been over a year and all efforts to get the singer to pay has been futile.

Mastermind, in his callout, revealed that he has reached out to Davido’s manager and a member of Davido’s team who introduced him to the singer, but neither has given him a favourable response. Mastermind also says he’s been blocked so he can’t reach out.

He pleaded with Davido to pay him so that he can settle his needs at school and take care of his mother.

Read his posts below,