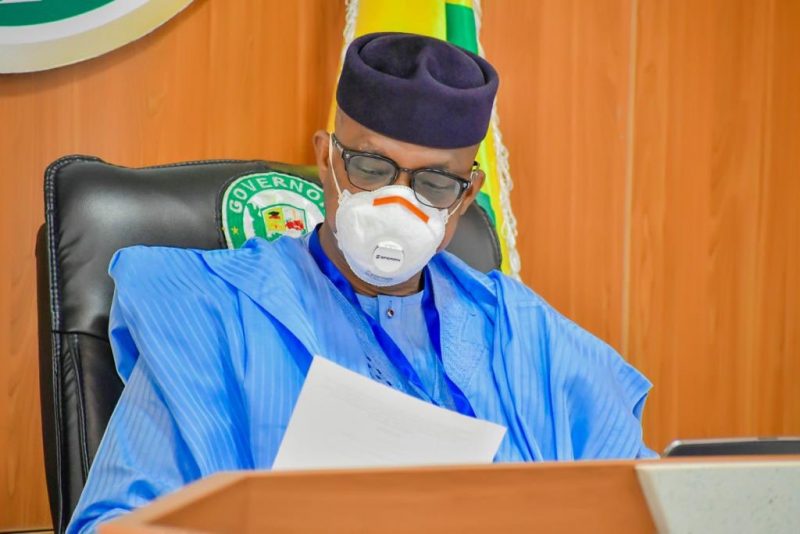 The bill which he signed provides how traditional rulers and chiefs are to be selected, appointed, recognised and buried in the state.

The bill which is titled ‘Obas, Chiefs, Council of Obas and Traditional Council law of Ogun State, Bill 2021, is aimed at “respecting human dignity and promotion of modernity” in the installation and burial of traditional rulers.

The bill was initiated by the 87-year-old Awujale and paramount ruler of Ijebu-land, Sikirulahi Adetona, in June 2020.

The bill suffered alot of set back before it was readjusted in 2021 and finally signed into law today.

On Monday, Mr Dapo Abiodun took the bill to the aged monarch’s private residence in Ijebu Ode GRA to assent to the bill.

While he was Speaking at the signing ceremony, Dapo Abiodun said:

“The traditional institution is the oldest form of administration and a very dependable and reliable one at that”.

“This law was promoted by Kabiyesi, the Awujale during his tenure as the Chairman of the Ogun State Traditional Council.

“I believe that one of the unique things about this law, besides the fact that it spells out a method of selection Obas and chiefs, is a clarity that this law now provides as it relates to the passage rites of our Kabiyesis (monarchs).”

“Of course without prejudice to traditional rites that is meant to be performed by the customary, but it clarifies and removes any ambiguity about the fact that the families of our Kabiyesis (monarch) now have a say in how they want our royal fathers to be buried and I think this is very laudable.”

He added by thanking the Awujale and other members of the state Assembly saying their insistence made the bill a reality.

“I want to again thank Kabiyesi Awujale because he was very persistent and insistent to ensure that we review the existing law in consonance with the constitution of the Federal Republic of Nigeria.

“Like the speaker said, this bill before it became law went through a very rigourous exercise. It was subjected to inputs from the public, there was a public seating and I understand that public seating drew more attention than any public seating that the Assembly has had in the recent times because of the interest our people had in how our Chiefs and Obas will be appointed and how our Kabiyesis will be interred on their eventual passage.

“I know that they must have been under a lot of pressure but the leadership of the House stood their ground for what is right, what is just, what makes sense, for what is modern and what is in line with the constitution of the Federal Republic of Nigeria”.

Reacting, Oba Sikiru Adetona appreciated the governor, saying the signing of the bill is an approval of Mr Abiodun’s second term in office.