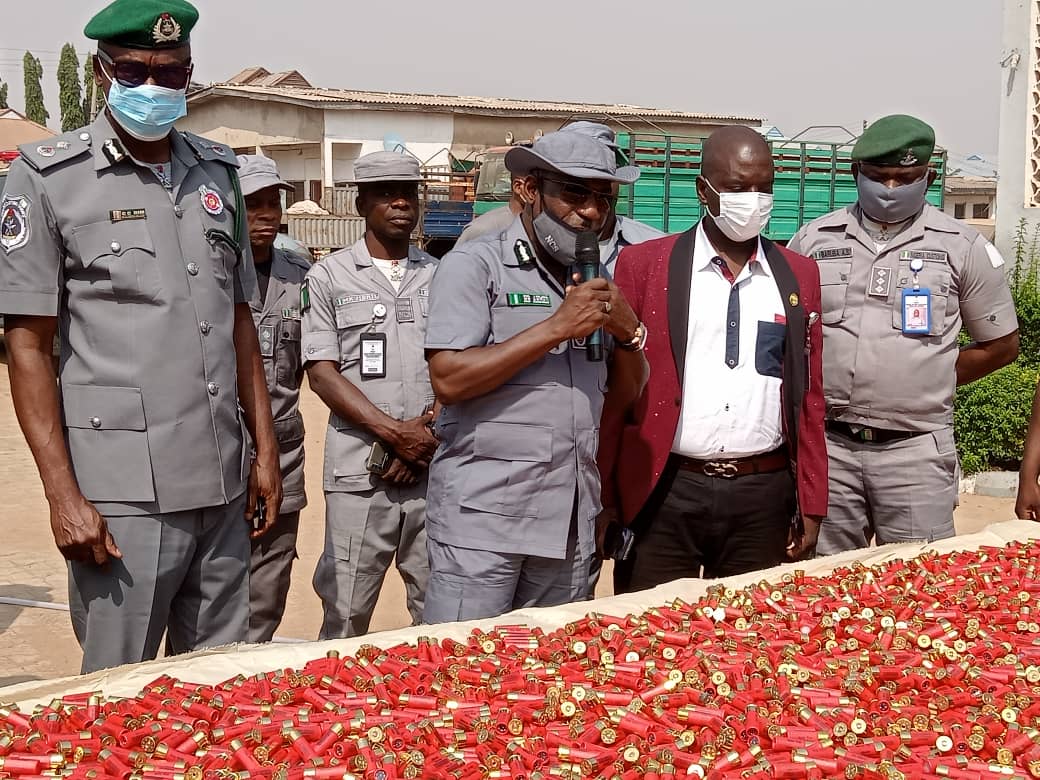 Ahmed said they were seized in the new year at Bukuro in the Baruten Local Government Area of the state while displaying the ammunitions at the headquarters of the Command in Ilorin.

Ahmed said, “The Command is showcasing the strategic and remarkable seizures of a large quantity of ammunition packaged in 25 packs of 25 rounds each, contained in fourteen cartons, worth N1,444,000. This landmark seizure was made around the Bukuro axis of the Command.

“Based on an intelligence report, the Command intercepted a Peugeot 504 vehicle with registration number AP 448 AKD. On searching the vehicle, it was found to contain a large number of pump-action cartridges suspected to be smuggled into the country. Section 149 of the Customs and Excise Management Act of April 1958 Cap 45 LFN 2004 (as amended) gives Customs officers powers to search vehicles/ships.

Ahmed who said that ammunition was classified under schedule 4 of Absolute Prohibition List of the Common External Tariff of the Nigeria Customs Service noted that “This epic seizure is very commendable at the backdrop of the heightened insecurity in the country.

“Should 3,620 rounds of live ammunition of this magnitude find its way into the country and fall into the wrong hands, the result would be appalling, devastating and disastrous.”