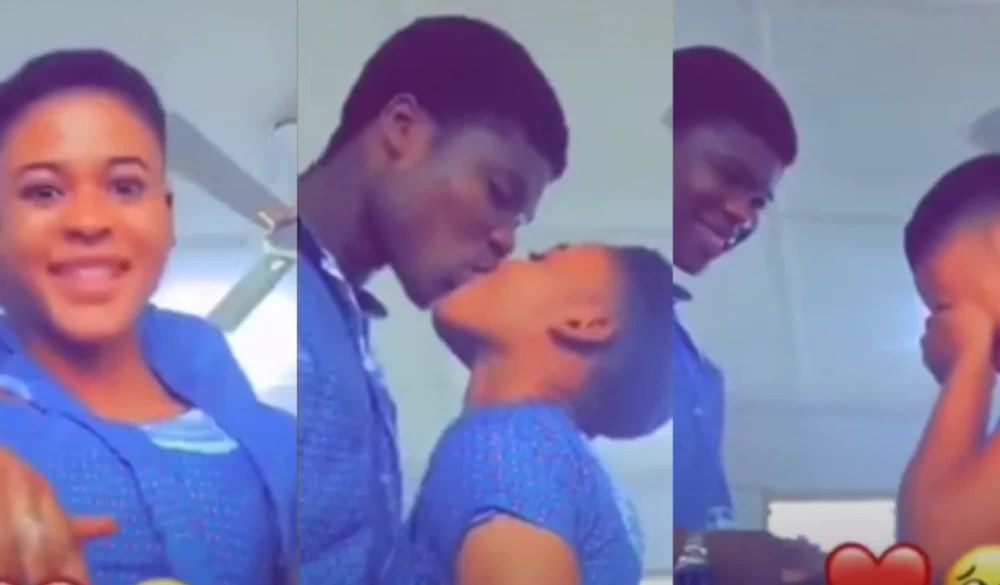 A video making rounds online showed a secondary school student getting proposed to by her boyfriend who is also a student of her school,

In the video which haas gone viral after being shared online, the teenage boy on school uniform was seen proposing to his teenage girlfriend who was overly excited. He was also seen putting a ring on her finger.

After accepting the proposal they shared a deep kiss and she showed off her ring.