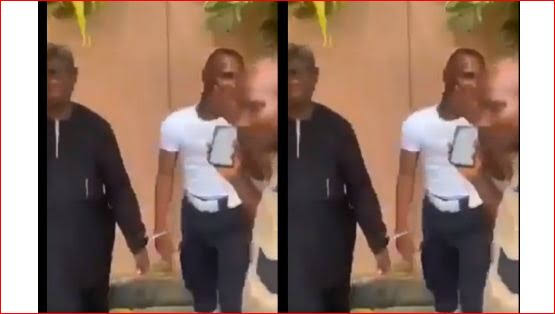 Two Fake Economic and Financial Crimes Commission operatives have been busted while conducting an illegal raid at Ughelli, in  Delta state.

The fake operatives were spotted handcuffed in a video that was shared online, showing a younger and older man after they were arrested.

The vehicle they reportedly use in carrying out the illegal raid was shown in video after they were apprehended.