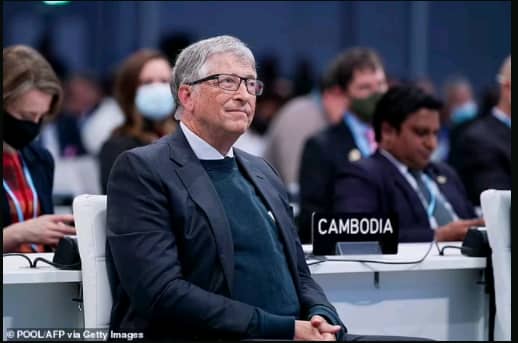 The management of Microsoft announced yesterday, that a law has been hired to look into how the company handled sexual harassment allegations against some of its top executives including the founder Bill Gates.

According to Mail Online, the review will be conducted by Washington, D.C.-based Arent Fox LLP, which the board of directors selected because it has experience in dealing with sexual harassment allegations and has not conducted much work with the company in the past.

After the law firm’s findings go public, Microsoft will release a report detailing its sexual harassment investigations and if any, actions were taken as a result.

The company was hit with sexual harassment allegations against Gates going back to 2000. He stepped down from the company amid an investigation into one of his relationships with a former employee in 2020, and on May 3, 2021, he announced his divorce to his longtime wife, Melinda French Gates.

A few weeks later, The New York Times published an expose detailing how Gates sexually harassed several of his employees and remained a loyal friend to pedophile Jeffrey Epstein three years after he was convicted of soliciting prostitution from a minor.

‘Our culture remains our number one priority and the entire board appreciates the critical importance of a safe and inclusive environment for all Microsoft employees,’ Microsoft Chief Executive Satya Nadella said in a statement.

‘We’re committed not just to reviewing the report but learning from the assessment so we can continue to improve the experiences of our employees,’ she continued.

‘I embrace this comprehensive review as an opportunity to continue to get better.’

The move to hire an independent firm to review the company’s investigations comes after activist shareholders demanded greater disclosure of the company’s handling of sexual harassment issues.

A resolution seeking greater transparency passed in November with support from almost 78 percent of the shareholders in November, The New York Times reported.

As part of the review, Arent Fox is expected to submit its findings to Microsoft senior management and board members with recommendations on how to improve the culture at the company, according to the Wall Street Journal.

The company would then share a summary of the findings with the public in the spring, which would lead to a public release of Microsoft’s transparency report detailing the effectiveness of the company’s workplace policies related to sexual harassment and gender discrimination.

In a statement, Microsoft executives said the report ‘will assess the steps that have been taken to hold employees, including executives, accountable for sexual harassment or gender discrimination.’

The firm will also compare Microsoft’s sexual harassment and gender discrimination policies against the best practices that have been adopted by other companies.

Founder Bill Gates has been accused of soliciting at least two employees while he was running the tech giant, according to The Times. In one of the incidents, in 2007, it was reported that Gates sat through a presentation by a Microsoft employee then promptly emailed her asking for a date. He reportedly wrote: ‘If this makes you uncomfortable, pretend it never happened.’