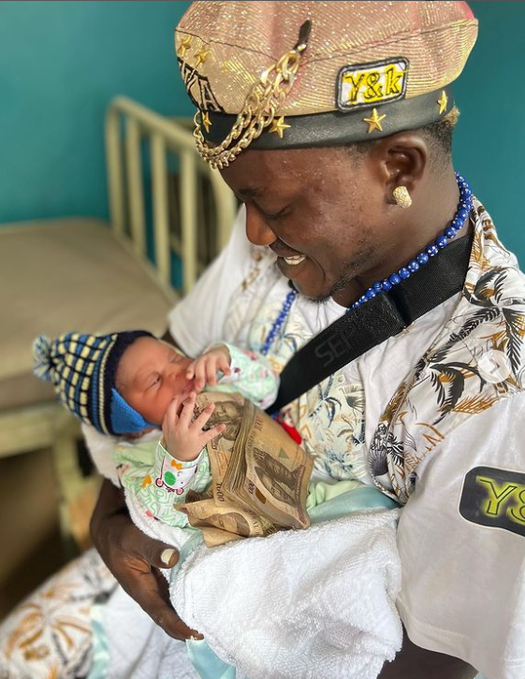 The indigenous rapper announced the arrival of his newborn on his social media on Tuesday Morning.

In a post on his Instagram page, the Zazu crooner showed off his second child with his baby mama, Omobewaji with cute photos of him carrying the boy.