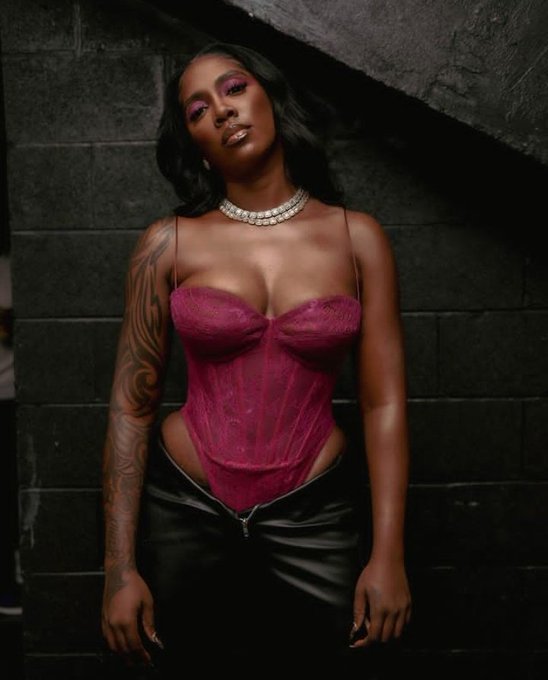 Despite her robust financial muscle, Afrobeats diva Tiwa Savage has insisted she only wants to date a wealthy man.

She has been in the news for a while especially since she commenced her “Water and Garri” tour on May 15 in the US.

She has continued to set social media agog with energetic performances, dress styles, charisma and connection with fans, the females particularly.

In several performances, the Afropop star thrilled fans with talks on the kind of man she desires.

She said she needs someone who would match her energy with loads of money too.

But noted she wasn’t all about the money as because she’s ‘boxed-up’ too and equal to the task.

In a new video clip that surfaced on the internet, off one of her many live performances from her “Water and Garri” tour, the number 1 African Bad Girl is seen reiterating her desire to love a man but one who match her energy and spoil her lavishly.

According to her, in these times when men serve their partners ‘breakfast’ (heartbreak) on the daily, it’s best to cry from a place of absolute comfort, owing expensive things though she noted she wasn’t encouraging ‘prostitution’.

“I want to love, yes….but I also want (uses her fingers to make the money sign). I am not encouraging runs. I am not saying you should just go after a man for money but I am saying, it is sweet when you also spend their own.

“Because I have my own money as you can see…period! So all I’m saying is, you need to match my energy. Because, he will still break your heart, anyway.

“So, it’s better for you to cry with your Christian Dior and your private jet to Dubai,” Tiwa Savage said.