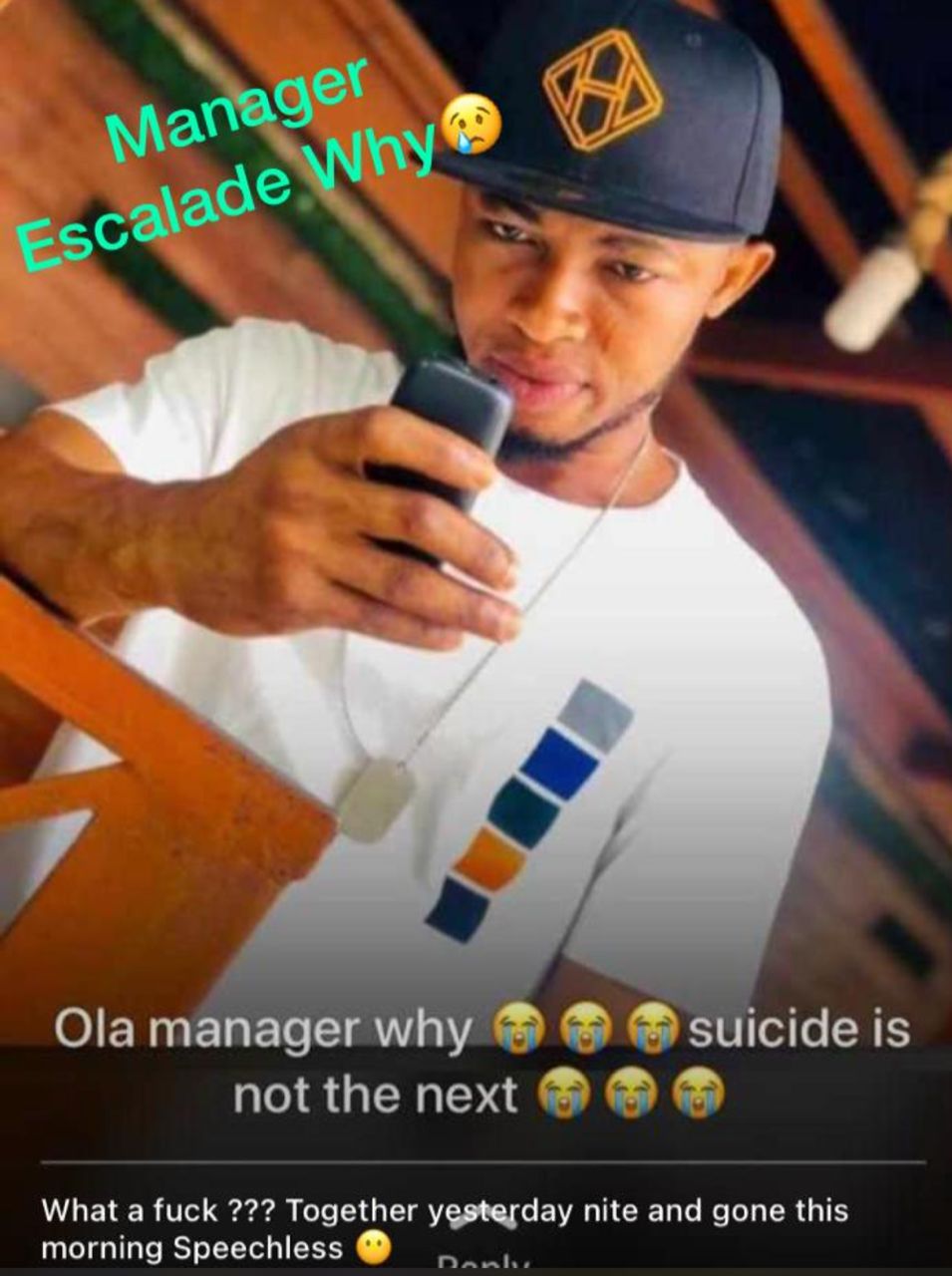 Mr Oladimeji who is a Manager in ijebu ode popular night club ‘ESCALADE’, the club manager was found dead in his room at the early hours of yesterday over debt issue with the club.

According to a reliable and undisclosed source who revealed to MarvelTvUpdates that the late Oladimeji was sent by his boss to buy drinks for the clubhouse but perpetrated otherwise by collecting the drinks on credit in the company’s name and diverting the money to his account.

There was another case of a fraudulent act recorded where he diverted a customer’s money to play a party football game and evidence of this was found on his phone before he committed suicide.

His body was found in his room around 6:30am yesterday.

May his soul Rest In Peace.