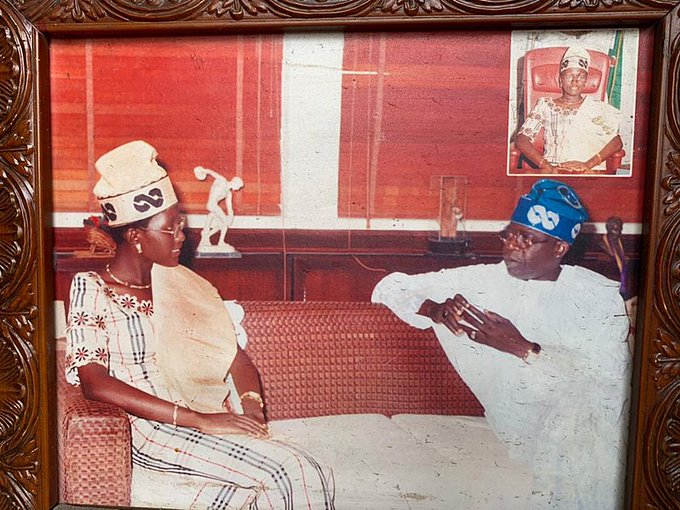 The annual Spelling Bee Competition comes up among representatives of public junior and senior secondary schools across the 57 Local Government (LGAs) Areasand Local Council Development Areas(LCDAs) in the state. At this level, the Councils sponsor and coordinate the programme, while emerging winners represent their respective LGAs/LCDAs at the grand finale organized by the state government.

After the emergence of winners at the state level, the winner and runner ups are awarded cash prizes and other prizes such as an all expense paid educational programme to Finland. Most importantly, there is always a remarkable celebration of the winner as the State’s One Day Governor and his/her runner ups as Cabinet Members,performing duties ranging from Deputy Governor, Speaker of the House, Commissioner for Education and Chairman,House Committee on Education.

Essentially, this initiative from inception is to encourage and develop the younger ones to attain their respective dreams and aspirations in life. This is also to deflate the erroneous notion that public schools’ students are not upright with their studiesand as such could not compete favourably with their private schools’ counterparts.Also, the programme has greatly helped in exposing winners to leadership culture, thereby preparing them for a future role in nation building.

Unarguably, the younger generation are the nation’s future and it is important they get acquainted with the necessary leadership mentorship and guidance, which is the main objective of the initiative. Winners are often taken through a systematic one month training routine on poise, finesse, carriage, public speaking and mannerism. This is to not only to get them ready toface the world as a temporary Governor and Cabinet members of the state, but also to prepare them adequately to face life’s challenges.

At the end of the mentorship, they embark on courtesy visits to selected state public offices, where they interact directly with the Heads of various government’s institutions.Usually, the One Day Governor and his/her cabinet members visit the Governor, his deputy, First Lady, Speaker of the State House of Assembly, Ministry of Education and Office of the Head of Service. However, during this year’s event, the winner visited the Office of the Chief Judge of the State.

THE PAST WINNERS HISTORICALLY

Ebuka Anisiobi, the first winner in 2001 got scholarship from the Lagos State Government to study Computer Engineering in Obafemi University. Today, Anisiobi is now a qualified Engineer and works with OANDO Plc.

Tope Adeyemi, the winner in 2002 graduated with First Class in Botany, University of Lagos and also became the youngest Doctorate Degree Holder in Africa in the history of the University.

Emmanuel Ayenitaju, who won in 2003 graduated with First Class in Chemistry, University of Lagos.

Today, winners of BAT’s legacy on “One Day Governor” get award of cash prizes and other prizes such as an all expense paid educational program to Finland.

The objective of this BAT’s legacy is to encourage & develop the younger ones to attain their respective dreams and aspirations in life. But more importantly, is to expose the young ones to leadership culture thereby preparing them for future role in nation building.

Alexander Ezenagu lived in a one room apartment with his parents & 8 siblings. Due to financial problem, 4 of his siblings dropped from school. Alex kept himself in school by hawking petty items, wash car and clothes, carry luggage & run errands to earn money.

At SS3, Alex was pronounced the best student in his school&was selected to represent the school at the regional qualifiers of 2004 Spelling Bee Competition organised by the New Era Foundation, a legacy of the then former First Lady of Lagos State, Senator Oluremi Tinubu

Alex won and represented Oshodi-Isolo Local Government Area at the State Challenge where he contested against 56 others and came third. Though Alex was not the overall winner, his position got him into the “Council of One Day Governors”. That event changed Alex’s life.

Alex was admitted into University of Ibadan in 2005 and went on to graduate with First Class Honors in Law in 2010. Impressed by his success story, Senator Oluremi Tinubu led a high-profile delegation to celebrate with Alex on the day of his graduation day in UI.

In 2011, Alex graduated from Law School with First Class again and was called to Bar. Alex went on to University of Cambridge for his Masters. He currently works with a Law firm called “Templars”.

Alexander Ezenagu, from a poor background is today one of the success story of such legacy.

It was not surprising that the successors of ABAT in Lagos State have all sustained this laudable legacy. Today, that legacy must be protected, nurtured and sustained.

Today, that Legacy of BAT’s “One Day Governor” have shaped so many lives.