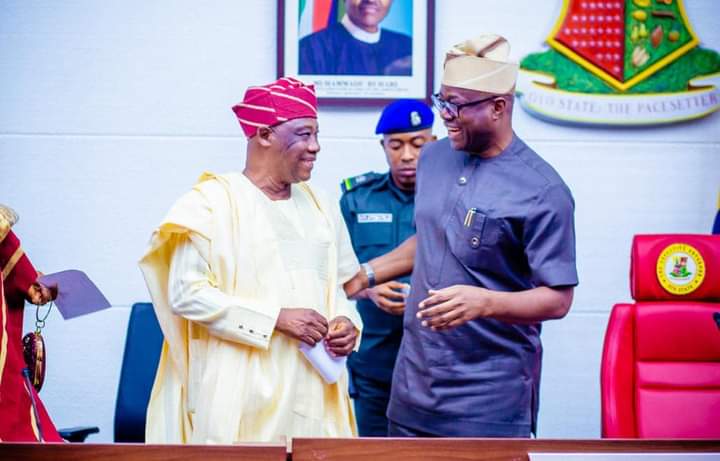 Engr. Seyi Makinde, the Executive Governor of Oyo State, seems to be at harmony with his new deputy, Barrister Bayo Lawal, as this was not the case in the more than three years Olaniyan served with Makinde.

Lawal, unlike Olaniyan, has been saddled as overseer of the justice ministry as well as the Oyo State Road Maintenance Agency, OYSTROMA and the Oyo State Housing Corporation, where he was chairman before his new position.

According to reports, Makinde informed the House of Assembly via a letter to intimate them of the development.

A source in the Assembly confirmed the development, adding however that the letter was delivered to the office of the Speaker and Clerk around 4:30PM.

The claim on the time of delivery of the letter could not be confirmed.

Another source who is also privy to the activities of the Governor but would not want his name in print also confirmed the story.

The source said “The governor is going on vacation from August 11 to 2nd September.

“By a declaration transmitted under section 190 (1) of the Constitution to the Speaker, Oyo State House of Assembly (OYHA) today 10th August 2022.

“The Deputy Governor, Chief Bayo Lawal will be Acting Governor during the period.”

When contacted for information, the House Committee Chairman on Information, Kazeem Olayanju said he could not confirm the development.

However, a source who confirmed the letter in the House said the letter will be presented during the next plenary.

The source could neither confirm if the House would call an emergency plenary to present the letter nor wait till next week when plenary is expected to hold.

However, it was gathered that with the notification of the lawmakers through the letter, the Governor has fulfilled the requirements to make Lawal serve as Acting Governor pending his return.

Since the current political dispensation, it is the first time a governor of the state will be going on a vacation and transmitting power to the deputy to serve as Acting Governor.