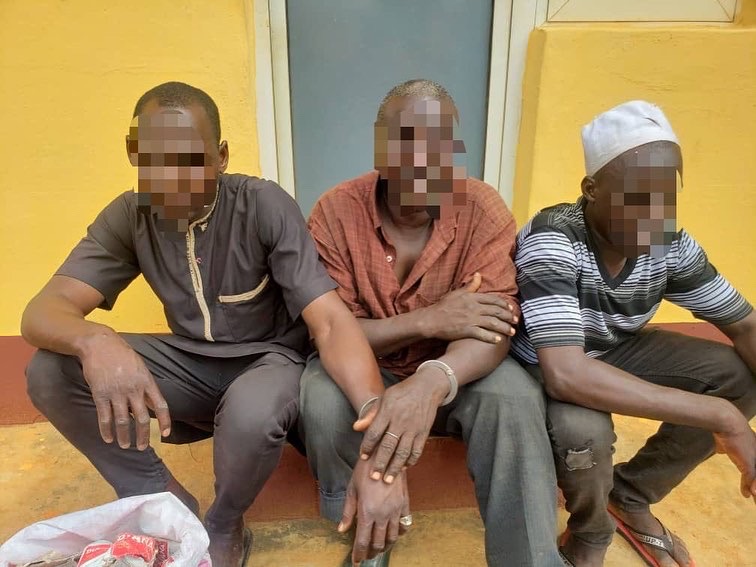 Two vehicles fully loaded with ammunition, guns and IED’s were discovered in a scrapyard within an Estate along Itamaga-ljede road, Ikorodu.

Eyewitness reports stated that the scrapyard within Powerline Unity Estate Poromope, Idiroko belongs to a group of Hausa men who have been operating the yard for a while.

Reports received stated that the men were loading vehicles, with plans to move the items to an unknown destination before they were apprehended.

The men have been handed over to the Police.