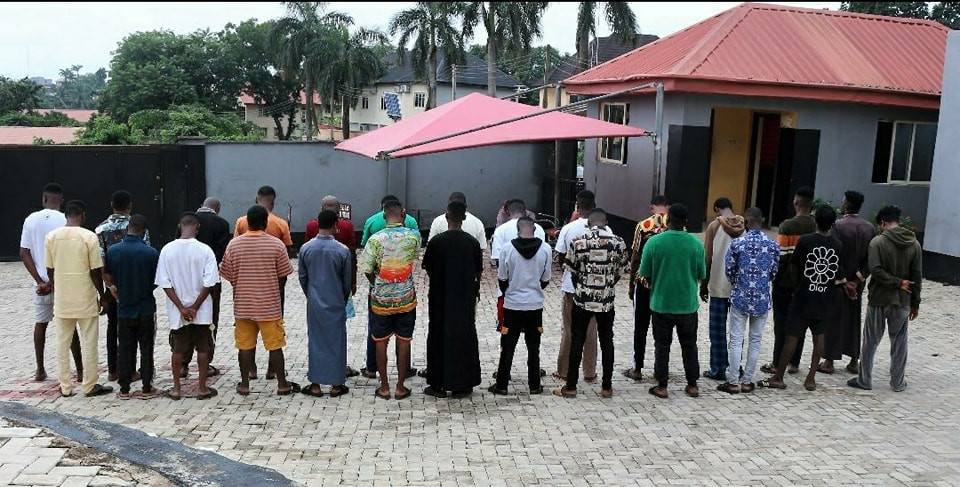 Operatives of the Ibadan Zonal Command of the EFCC have arrested two siblings, Lateef Afeez Abiodun and Lateef Abdullahi Olalekan, alongside twenty-four others, for suspected internet-related fraudulent activities in Ibadan, Oyo State.

They were arrested Tuesday, September 27, 2022 at Apete area of Ibadan based on actionable intelligence worked upon by the Commission.

Items recovered from the suspects include a car, laptops, and exotic phones.

He said the suspects would be charged to court as soon as investigations are concluded.