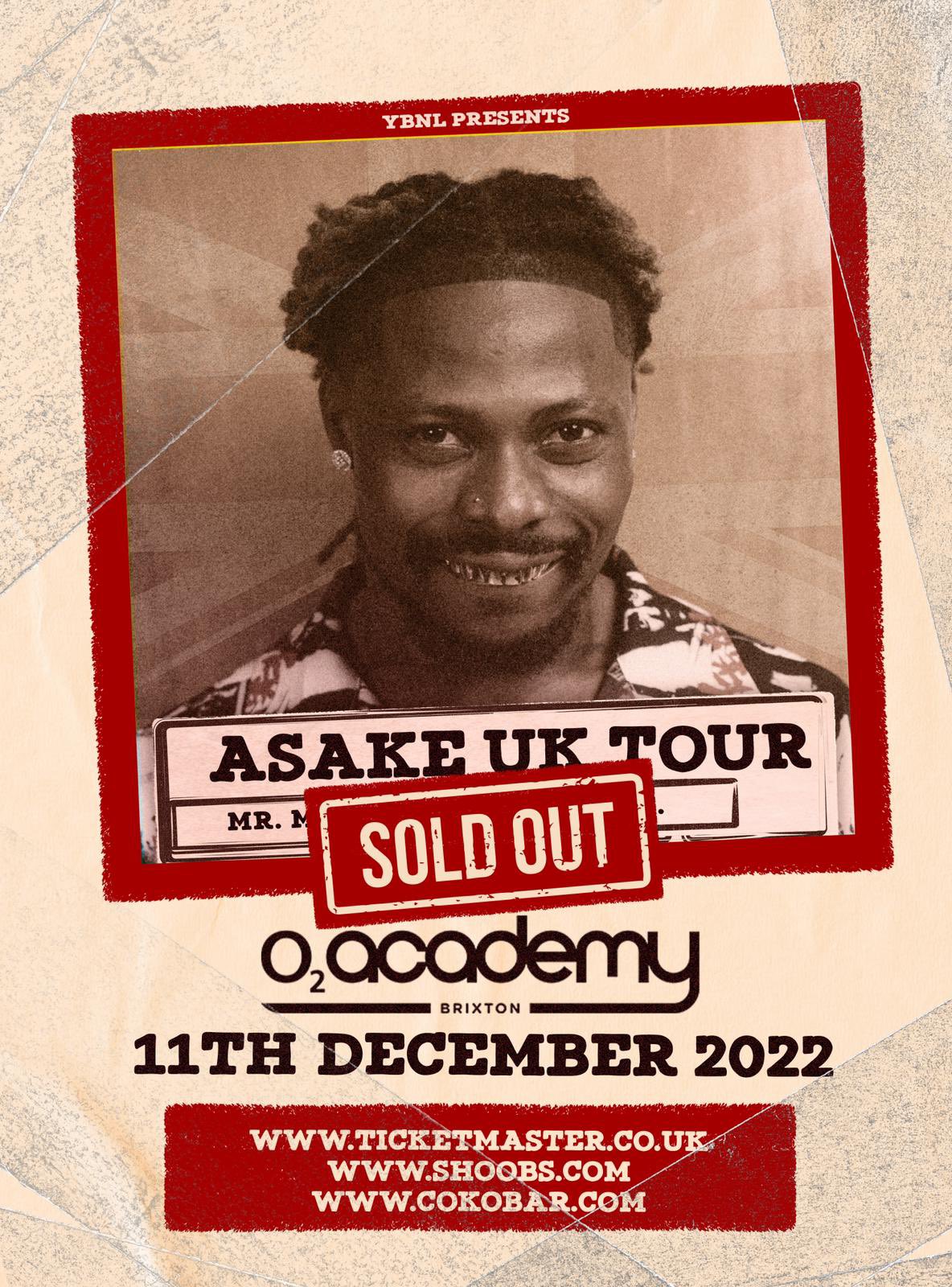 Fast-rising Nigerian singer, Asake, has sold out his first show at the prestigious O2 Academy Brixton in London in five minutes.

The ‘Sungba’ crooner broke the news in an Instagram post on Friday. He also announced a second show at the venue to accommodate others.

Asake is scheduled to perform at the 4,921-capacity venue on December 11.

The concert is part of his forthcoming tour for ‘Mr. Money With The Vibe,’ his debut album, in the United Kingdom.

In the post, Asake said tickets for his second show at the hall would be available as from Monday.

He also appreciated his fans, adding that the feat would have been impossible without them.

The development further stretches the singer’s impressive career run since he bursted into the limelight.

With the feat, Asake joins the list of Nigerian singers who have sold out the venue in the past.

In 2018, Burna Boy also sold out the hall during the London leg of his ‘Life On The Outside’ album tour.