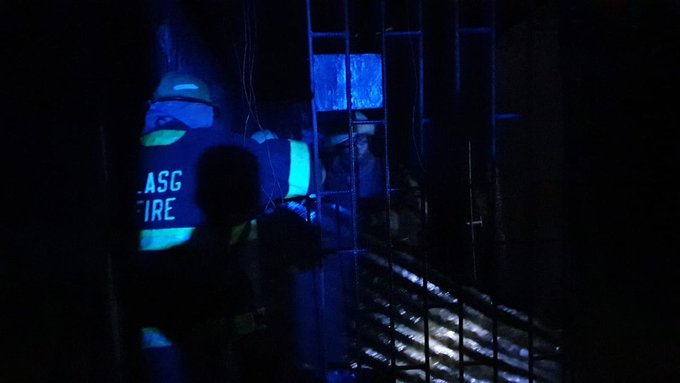 A yet-to-be-identified 50-year-old man was burnt to death after a fire razed a 25-room building located at 48, Jagunmolu Street, Bariga area in Lagos state on Sunday, October 2.

Confirming the incident, the Director, Lagos State Fire Service, Mrs. Margaret Adeseye, said the agency received a distress call around 3:19am and firemen were immediately dispatched to the location. She said they also received a fire call around 12:31am, at 19, Apata Street, Shomolu.