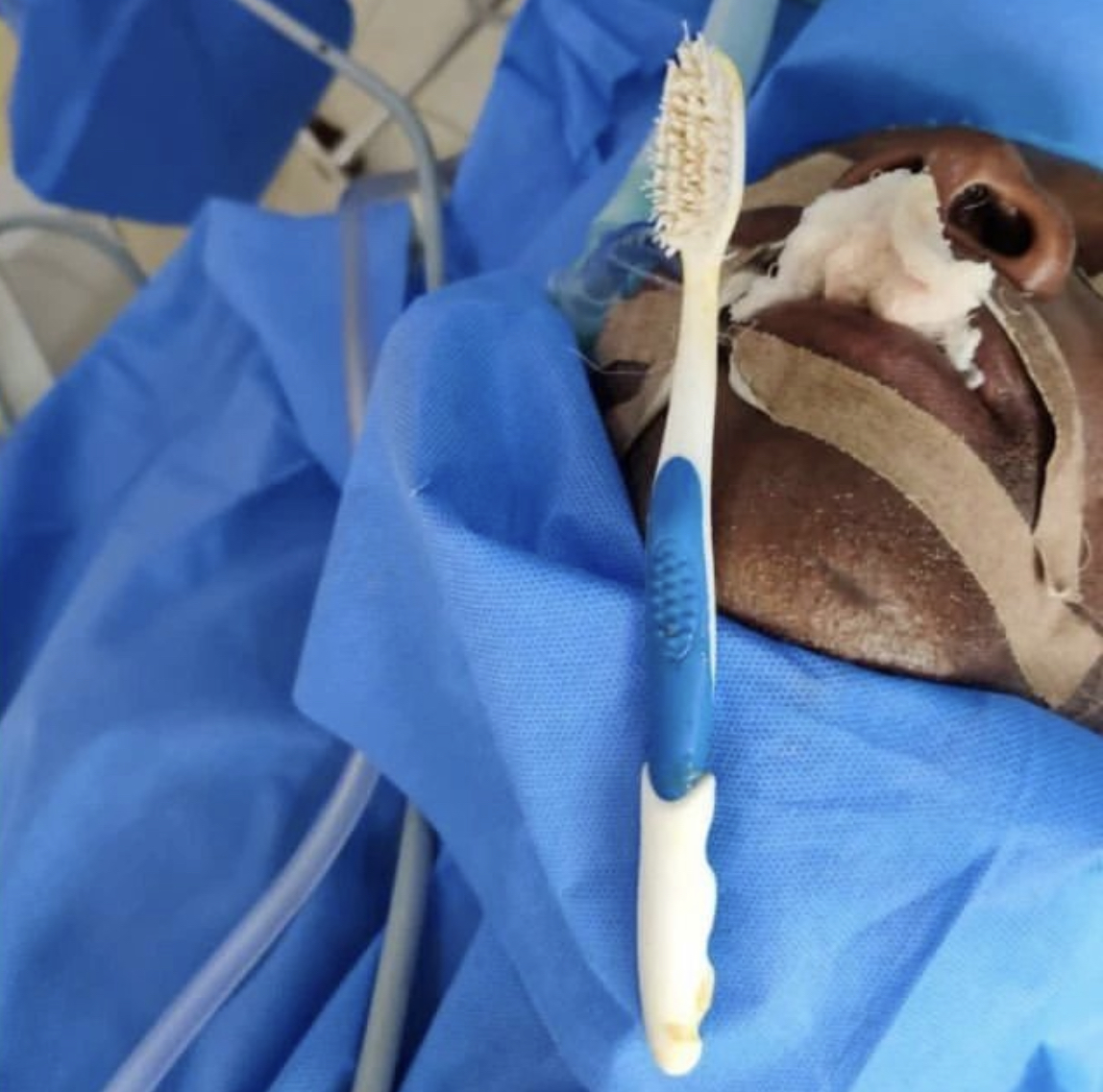 Federal Medical Centre, Abeokuta, has successfully removed a tooth brush stucked in the throat of a 65 year old civil servant.

The civil servant was rushed to the hospital over the weekend with two hours history of toothbrush lodged in his throat.

Spokesman of the facility, Segun Orisajo, in a statement said the patient brushing his mouth and teeth aggressively due to intermittent hiccups he was experiencing in his throat.

According to Orisajo, the hiccup which was believed to be an object lodged in the throat was successfully removed by doctors in the hospital through oesphagoscopy.

He explained that an x-ray soft tissue neck of the patient indicated that an impacted tooth brush lodged in the digestive tract of the patient, which was removed through emergency rigid oesphagoscopy.

Head of the hospital’s ear nose and teeth unit, doctor N.O. Iyanda desribed the incident as very rare in an adult, except in patients with psychiatric condition or those with suicide or para suicide tendency.

He said although the patient has none of these, he was been kept under evaluation by a psychiatrist to rule out subtle mental or behaviour abnormalities.

He commended the hospital’s director, professor Adewale Musa-Olomu for equipping the ENT department with appropriate equipment for the operations.

The director applauded the suscessful operation, while reiterating his determination towards holistic transformation of the hospital.