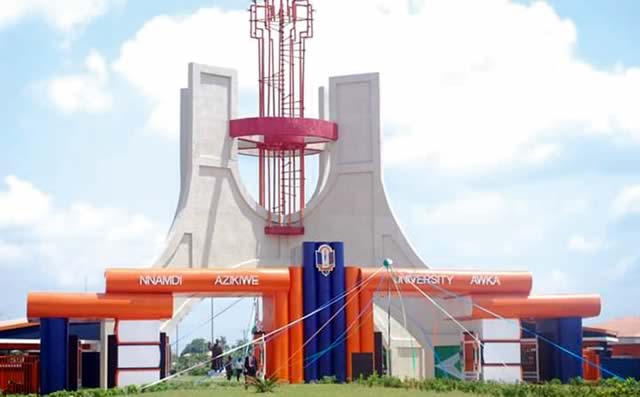 The deceased, who was studying Industrial Physics was said to be a native of the Isuikwuato Local Government Area of Abia State,

His body was reportedly found dangling inside one of the hostel blocks on campus.

A source who preferred anonymity said, “The deceased locked himself inside the room for days and was sobbing for inability to pay a new regime of school fees introduced by management.

The source added, “When the door was broken, he was seen dangling with a rope round his neck.”

The source added, “When the door was broken, he was seen dangling with a rope round his neck.”

Another source described the deceased as a quiet and calm student,
said he never showed any sign of depression before the incident.

The Chief Security Officer of the Institution, Ken Chukwura, said the deceased’s roommates had been invited for questioning while investigation had commenced.

He encouraged the students to go about their activities without fear as the situation is now under control.

It was gathered that the students of the institution had recently protested for five days over hike in tuition. The management later sliced the fees after a meeting with the Students Union Government of the university