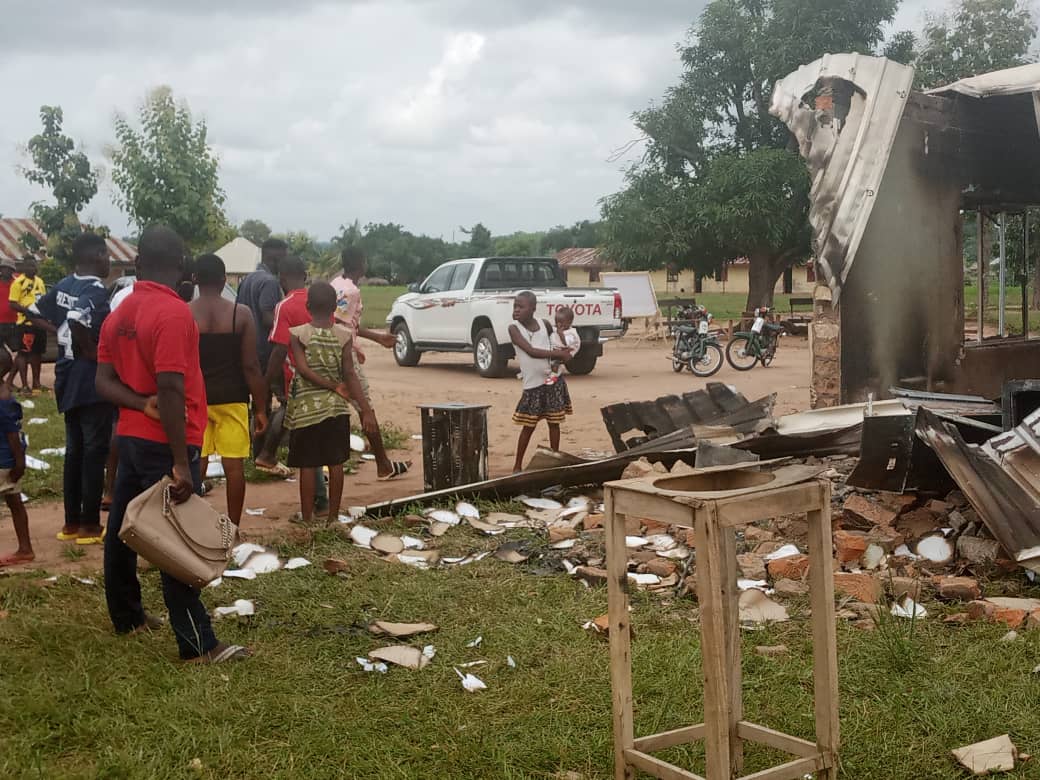 Witnesses said the students were aggrieved over the failure on the part of the school authorities to validate their registration for the West African Examination Council (WAEC).

A witness, who preferred anonymity, said the students first razed the administrative block of the school and valuables, including certificates which date back to the 1990s, were destroyed.

The witness narrated that the SS3 students had registered for this year’s West African Senior School Certificate Examinations (WASSCE), and their names were published successfully on WAEC website.

Trouble, however, started when the school was informed that if the GSS Tse-Agberagba does not have enough computers to pair the number of the registered students.

The examination body was said to have told Aliba Stephen Sendeh, the principal, that the center would be cancelled and a fine of  N1million must be paid before it would be reopened.

The principal was said to have pleaded for the centre to be reopened to allow the students sit for the exam but all to no avail.

It was learnt that even though the registration was edited and submitted two weeks before WASCE commenced, the GSS management was later told that it was closed.

Again, the principal reportedly made efforts to make candidates sit for exam at the centre but he was given some conditions.

The conditions indicated that GSS Tse-Agberagba must have at least 150 candidates and the school must have a perimeter fence but the school authorities were said to have found it difficult to meet the requirements, a development which prompted the Parents Teachers Association (PTA) to resolve that the school management should hold on until next year (2022) for the students to write their WASSCE.

But that did not go down well with some aggrieved students reportedly resorted to arson in the early hours of Sunday.

Council Chairman of Konshisha LGA, James Jirgba, who paid on the spot assessment visit to the school, inspected the burnt administrative building of the school.He was accompanied by Senior Special Assistant to Governor Samuel Ortom on Security for zone A, John Poor, SP (rtd).

He frowned at the level of damage done at the school.Media Assistant to the Konshisha chairman, Amos Aar, told our correspondent that his boss had called on the police to carry out a thorough investigation into the immediate and remote causes of the incident and fish out perpetrators.