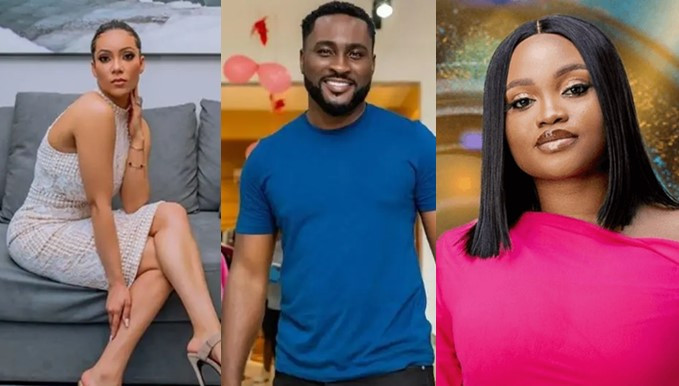 Maria, Pere and JMK have been issued a strike over microphone infringement on Monday after the head of house game and before the nomination show

In addition to the strike, they’ve also been barred from the Head of House challenge and will not enjoy its priviledges, veto power and immunity.

As for the rest of the housemates, Big Brother promised to punish them on Tuesday after their workout sessions in the morning.

During the warning session, Biggie also cautioned Tega, Jackie B, Queen, Maria, Pere, Whitemoney about their method of conflict resolution.

He warned them and other housemates against provocation, confrontation, and bullying in the house.

Housemates who broke the rule of not whispering and being coherent in their speech, will receive their punishment tomorrow.