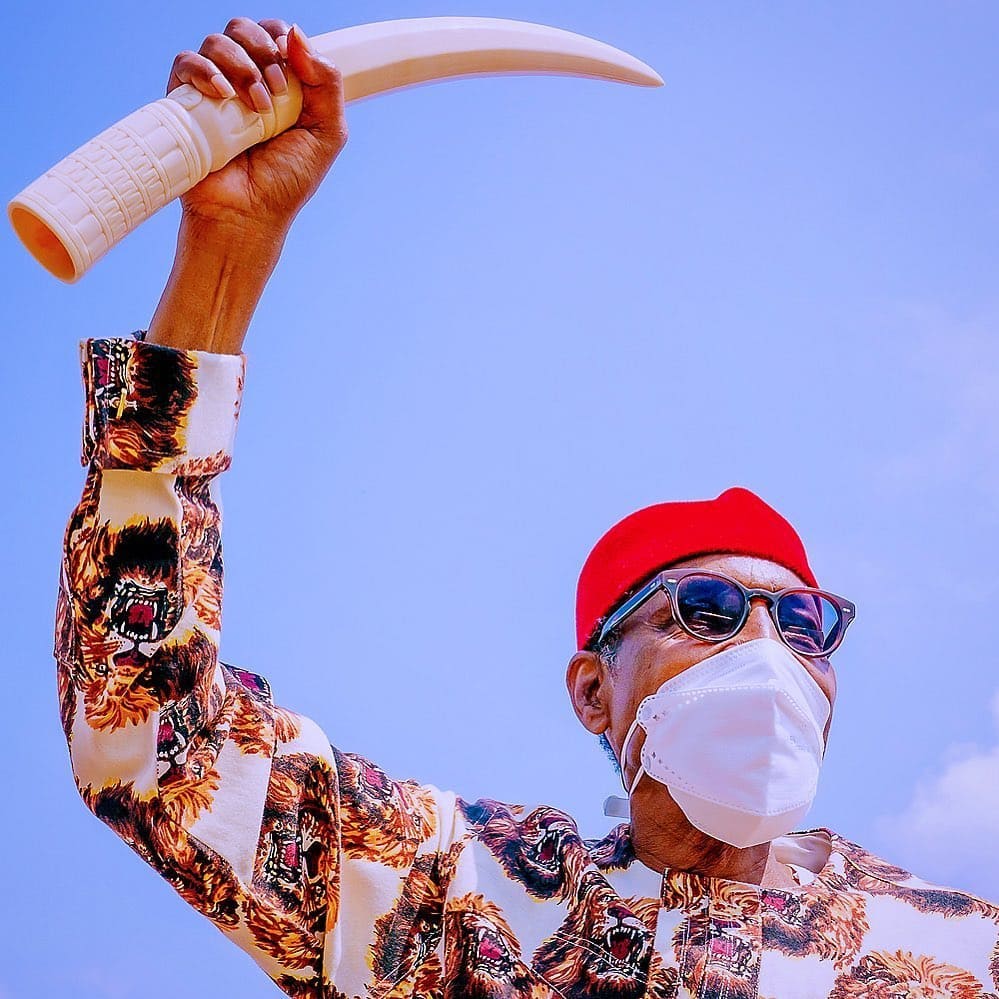 The meeting held during the president’s visit to Imo State – amid agitation for an Indigenous People of Biafra.

Since the return of IPOB leader Nnamdi Kanu to detention in Nigeria, separatists have continually ordered a sit-at-home on Mondays.

Nigerian officials had earlier extradited Nnamdi Kanu whose family and lawyers said he was illegally arrested in June while in Kenya, tortured, and flown back to Nigeria.

“The President is now participating in a Town Hall Meeting with South East Leaders, having gone round Owerri to commission a series of infrastructure projects by Governor Hope Uzodinma,” a presidential aide, Tolu Ogunlesi, posted on Facebook.

Earlier, Buhari had promised to assist the Governor of Imo State, Hope Uzodinma, deal with security breaches in the state and while Commissioning the Egbeada-Onitsha bypass road in Owerri, he noted that he was impressed with the level of development in the state.

The president said, “I have gone round and I am impressed with what I saw. A society without security and infrastructure will not progress and lucky this is where my vision has tallied with the governor of Imo state. I will use my power as enshrined by the constitution to make the governor achieve more.”

The governor however in his speech urged the president to deal permanently with the issues of insecurity and flooding which he said was a major problem in Owerri, the state capital.