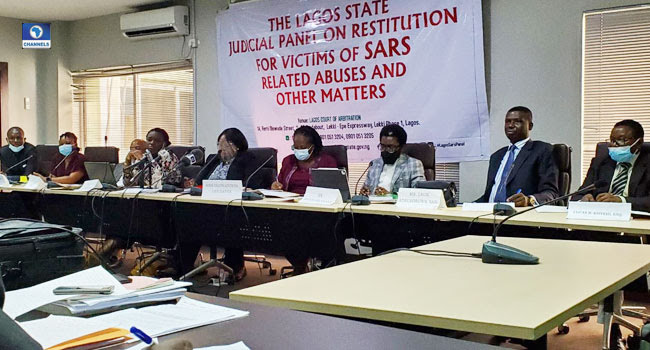 Sentinel Forensic Limited, a forensics company contracted to investigate circumstances surrounding the October 20, 2020 #EndSARS incident at Lekki tollgate, has revealed that bullets fired from firearms during the protest were from the Nigerian Army.

Recall that In November 2020, Commander of the 81 Military Intelligence Brigade, Brigadier Ahmed Taiwo, who appeared before the Judicial Panel insisted that only blank bullets containing gunpowder were fired at the Lekki Tollgate on October 20.

He also insisted that the military only fired into the air and not directly at the #EndSARS protesters.

The company’s representative, Joseph Kayode Funsho, said the Cartridge Casing obtained from the Lekki Toll Gate are of the same calibre as the Nigerian Army’s Live Ammunition.

“The live ammunition presented by the Nigerian Army is of the same calibre as the cartridge casing submitted by the judicial panel,” Kayode said.

He also noted that the blanks submitted by the panel did not match the records from the Army’s inventory.

“The blank ammunition submitted by the Nigerian Army is not designed to be fired by rifles chambered to 7.62 x 39mm.”