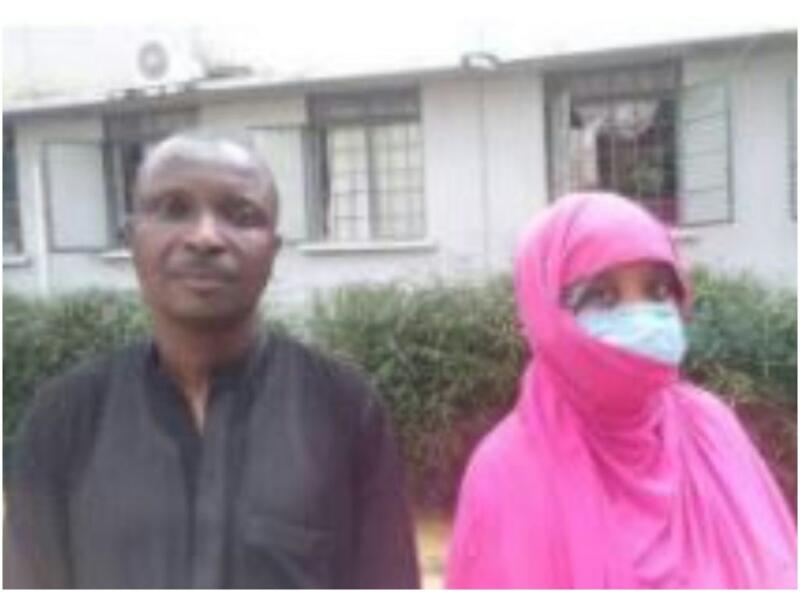 A 22 year old Maryam Sodiq and her 50 year old husband, Abubakar Sodiq have been arrested by Kano state police command for stealing a year old baby boy from a hospital. Spokesperson of the command, person of DSP Abdullahi Haruna said the Maryam stole one of the twin when the aunt looking after them fell asleep

During interrogations, Mariam said she stole the baby boy due to her husband’s persistence of getting a male child.
Prior to this, there was a report of a missing child by Rabiu Muhammad earlier before the couple were arrested about his missing baby. In his statement, he said his wife delivered the twins at Muhammad Abdullahi Wase Teaching hospital and was placed under admission.

He further stated that his wife’s sister who was watching over the babies at the maternity ward slept off and couldn’t find one of the babies when she woke up. This report caused the immediate raising of team of detectives led by Daniel Itse to recover the baby from the couple’s abode.