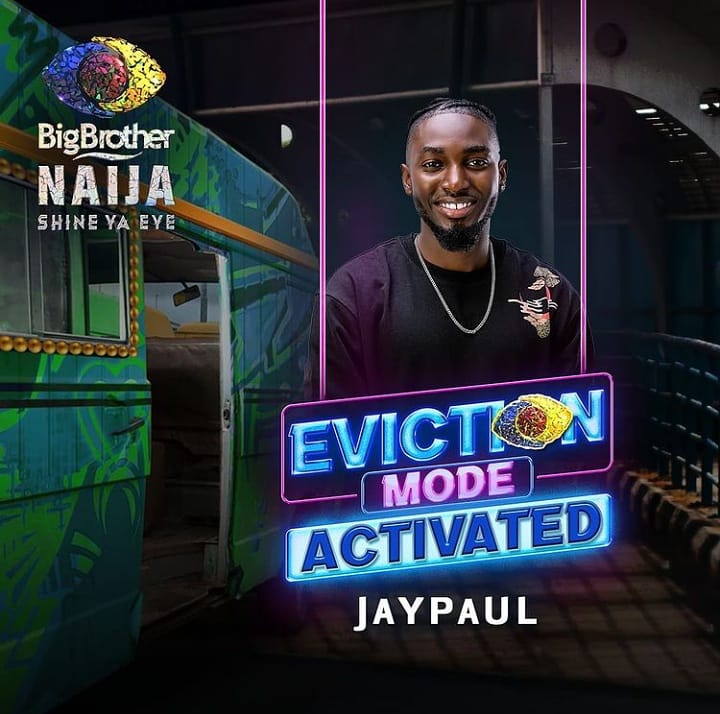 Paul Ephraim, popularly known as Jaypaul, has been evicted from the ongoing Big Brother Naija Season Six TV Reality Show making him the 14th housemates to be evicted.

The 29-year-old Lagos based musician and actor, was nominated for eviction this week alongside Pere, Saga, Emmanuel, Liquorose, Whitemoney, Sasky, and Jackie B – who aslo got evicted on the same night.

Speaking during his Diary show hours before the eviction, Jaypaul said “making it through those doors was a victory for me.”

He went on to hail the show’s contestants for their impact on each other.

According to him, “They’re like superheroes. You’ve trained us – we’re ready for everything that comes, now.”

Speaking during her Diary Session hours before the eviction, Jackie B said being in the BBNaija House “still feels so surreal – just the fact that I was chosen. It’s just put so much confidence in me.”

The 29-year-old single mother of one had been in various situationships in the house, from Boma to Michael and whitemoney says she wants to explore everything from acting to event planning.