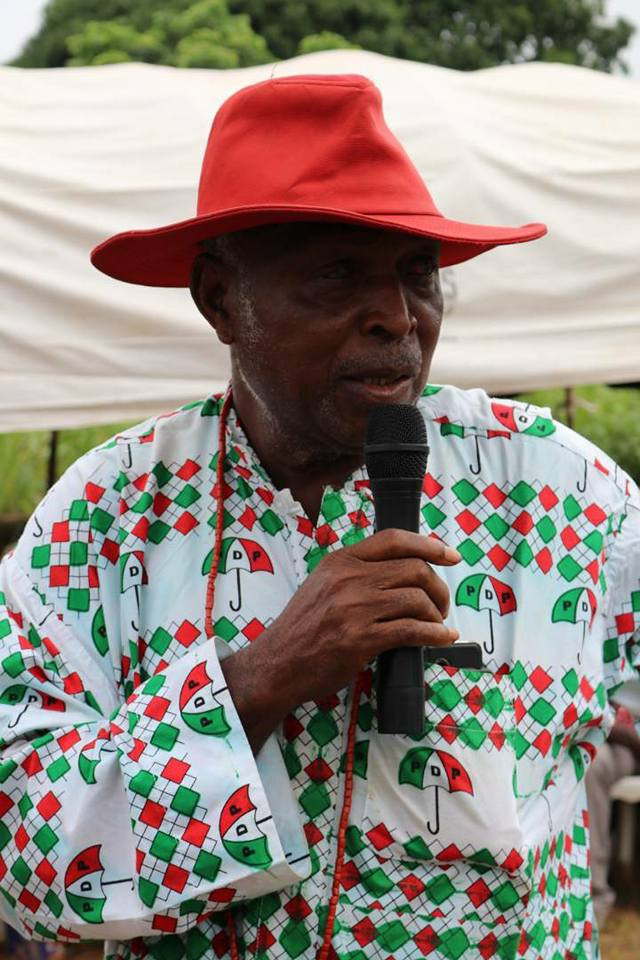 Unknown Gunmen who have been suspected to be kidnappers have abducted a prominent chieftain of the Peoples Democratic Party (PDP), Pa Owere Dickson Imasogie, in Edo South Senatorial district.

Pa Imasogie was reportedly on his way to one of his farms alongside his driver and another person, whose identity had not been ascertained, when the gunmen carried out the act

Imasogie is known to be a commercial farmer who owns large farmlands. He was abducted at the Benin-Agbor highway in the early hours of Monday, September 13.

A group known as “Edo State Decide Movement” confirmed the abduction in a statement and urged Governor Godwin Obaseki to, as matter of urgency, “take a drastic action as to rescue the father to all and others from the hands of the hoodlums or kidnappers who are enemies of progress in our dear state.”