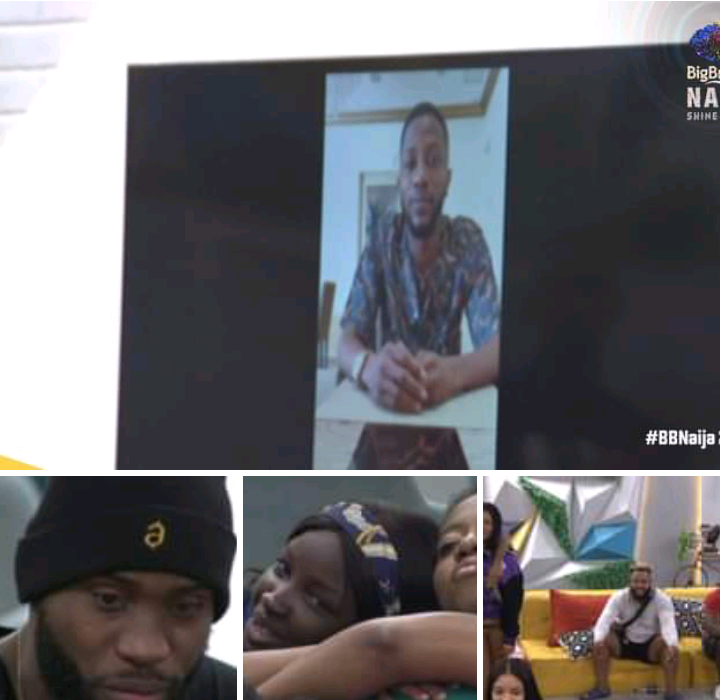 It was an emotion-filled atmosphere on Monday among housemates as former housemate, Kayvee who was withdrawn from the show after developing mental issues returned to addressed them.

However, in a special address to housemates on Monday, Kayvee told his former housemates that he’s fine and doing well.

Kayvee said he missed Saturday party, Jacuzzi and all housemates.

Shortly after his address, which was televised, housemates such as Whitemoney, Saskay, Nini, and the rest broke down in tears.