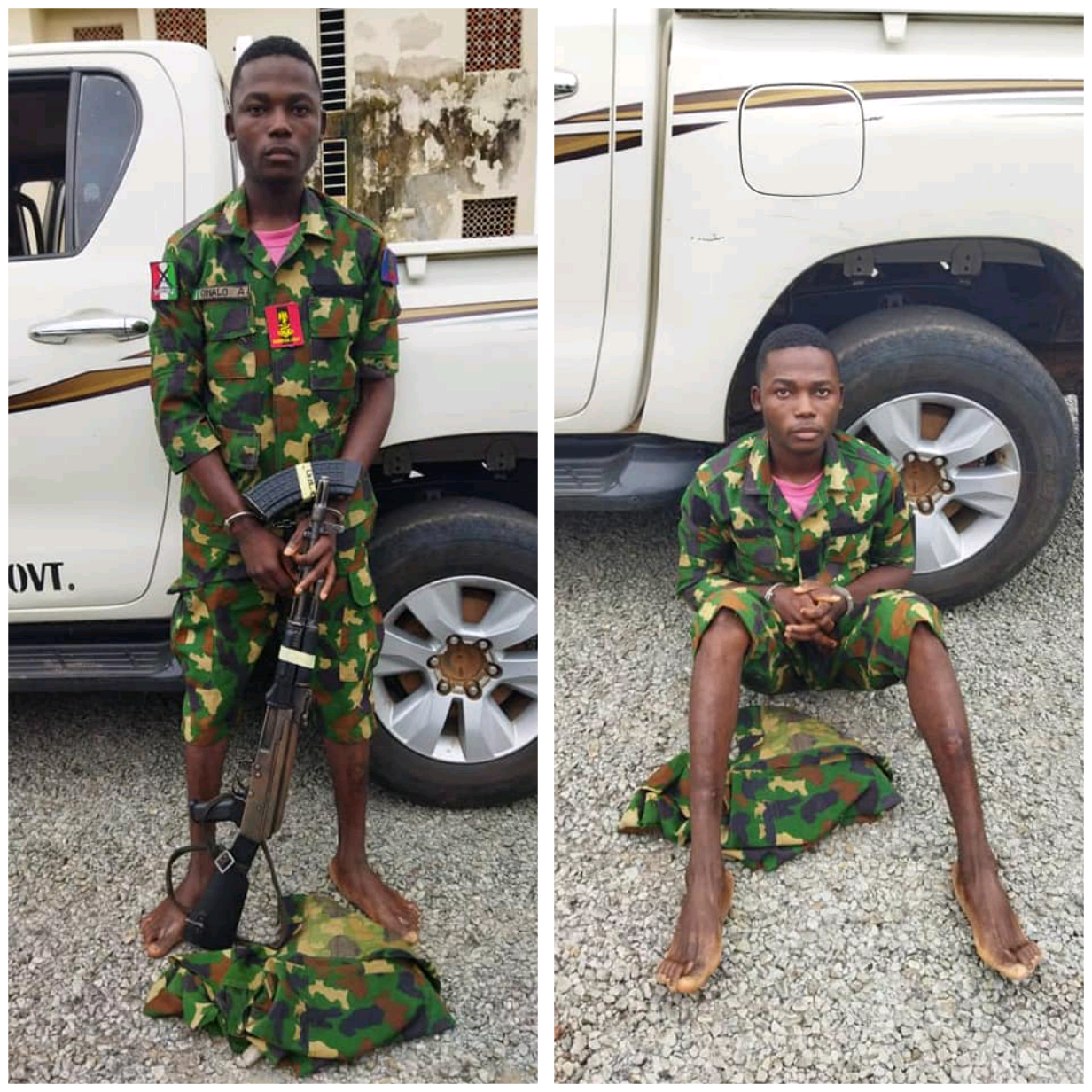 The Nasarawa Police Command has arrested a fake military officer who has been oppressing residents of Karu and Lafia local government areas of the state.

Adesina Soyemi The State Commissioner of Police, disclosed this on Friday in Lafia while parading the suspect alongside 60 other suspected criminals.

According to the commissioner of police the suspect, Timothy Emmanuel, who is an indigene of Plateau State had been on the watch list of the Police.

He was said to have been caught with an AK-49 rifle and two magazines while travelling along the B.A.D Road in a vehicle suspected to have been stolen.

“On 12/9/2021 at about 1900hrs, one Timothy Emmanuel M 28yrs of Bakin Chiyawa village, Quanpan LGA of Plateau State was intercepted along B.A.D road, Lafia wearing Military camouflage in possession of AK49 rifle with two magazines and driving a black Toyota Corolla vehicle with registration number ABUJA BWR 973 CD suspected to be a stolen vehicle,” the Commissioner stated.

“Preliminary investigation revealed that the suspect who parades himself in military camouflage was never enlisted into the Army but got the uniform from his Uncle who is a Military personnel serving in Borno State.

“He there after moved to Jos, Plateau State under the guise of being a Military personnel and went away with the AK49 rifle and two magazines of a Nigeria Security and Civil Defense personnel serving in Jos, when the rifle was left in his custody by the NSCDC officer who went to do his registration to obtain National Identity Card

“Furthermore, the suspect came down to Nasarawa State and started perpetrating his nefarious activities in Karu and Lafia before nemesis caught up with him. The suspect had given the Police useful information and investigation is ongoing at State Criminal Investigation Department, Lafia.” he concluded.