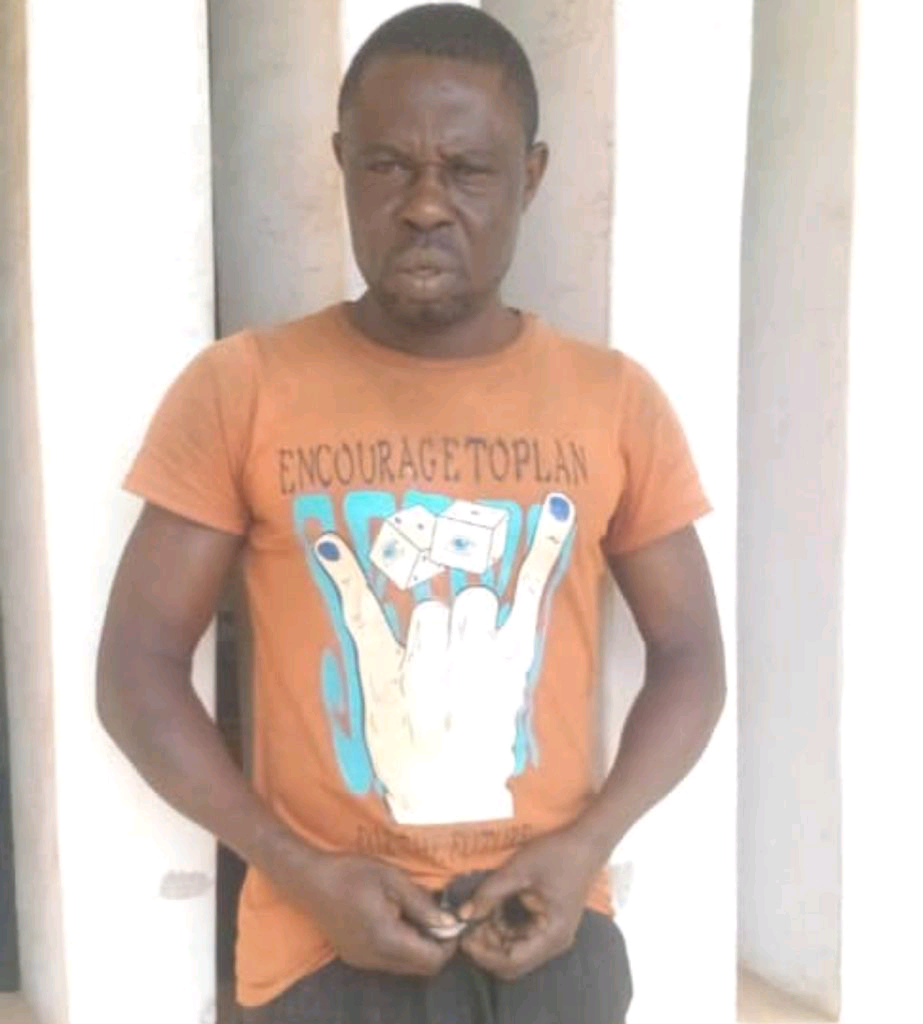 A 45 year old man, identified as Olaoluwa Jimoh, was arrested on Thursday for allegedly impregnating his 19 year old daughter

He was arrested after the daughter reported the case at the Ode Remo Police Station.

Police said the suspect confessed to the crime, saying he was used by the devil.

The state police spokesman, Abimbola Oyeyemi, revealed that the daughter had been living with her father for two years, “but sometimes in June 2021, her father forcefully had sex with her.”

According to Oyeyemi, the victim claimed to have been “raped severally by her father,” who she said threatened to kill her should she tell anybody.

“The 19-year-old victim informed the police that her mother has separated from the father a long time ago and that she has been living with her mother until about two years ago when the suspect asked her to come and be living with him,” he said

Oyeyemi said she decided to report the case at the police station after she discovered she was pregnant.

Having reported the matter, the DPO of Ode Remo division, CSP Fasogbon Olayemi, was said to have wasted no time in mobilising detectives to go after the suspect, who was immediately arrested.

“On interrogation, the suspect confessed to the commission of the crime, but claimed that he was used by the devil,” Oyeyemi further explained.

Meanwhile, the suspect would be transferred to State CIID, Eleweran, Abeokuta as ordered by the state Commissioner of Police, Edward Ajogun, for further investigation.