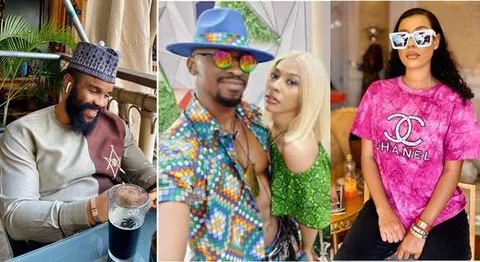 A businessman identified as Oku has offered to give N5 million naira to the boyfriend of Big Brother Naija season 6 housemate Nini to leave her for Saga.

The man who seem to be a fan took to his twitter page to make this known,he made the offer after Nini secretly left the house as part of a secret task.

Her disappearance was a source of heartache to Saga who had professed and proved his feelings for her even though she stated countless time that she has a relationship outside the house.

In Reaction to Saga’s gloomy state after the incident Oku thinks that if Nini goes back to her boyfriend after the show Saga will have a mental breakdown.

According to him, he does not want Saga to have a mental breakdown when Nini goes back to her boyfriend after the show.

”If you are NINI’s boyfriend, please let SAGA have her. I will send 5 million to your account. I don’t want him going through mental breakdown after the show” he wrote