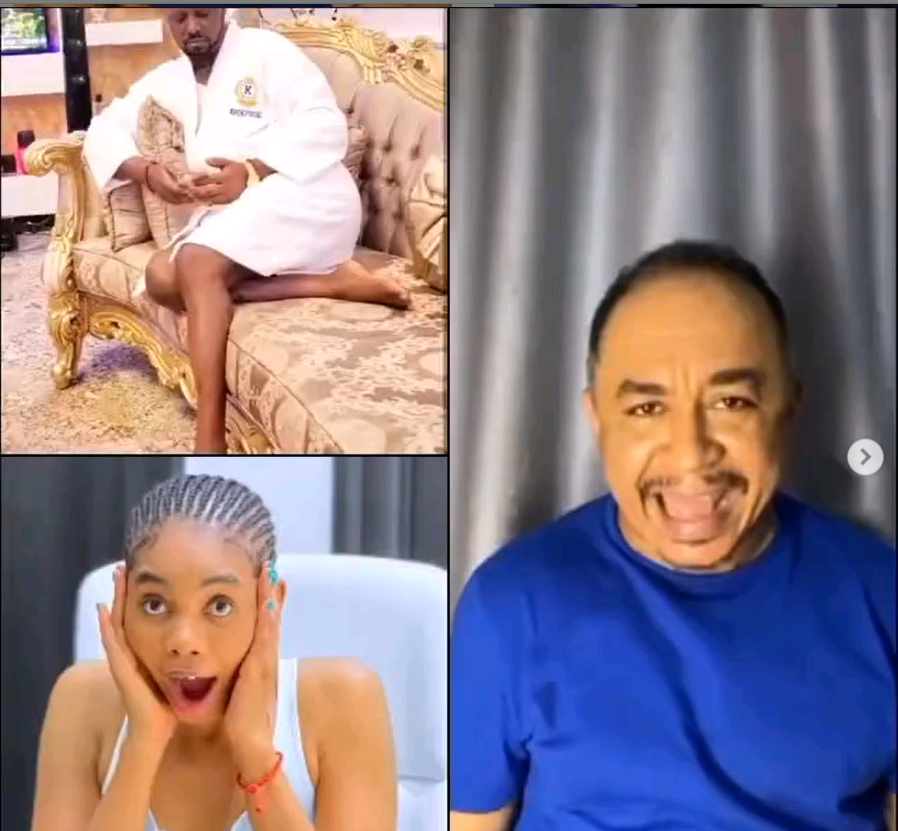 Media personality, Daddy Freeze has reacted to the leaked audio recording in which Delta-born politician, Prince Kpokpogri allegedly talked about his sexcapades with dancer, Jane Mena.

Recall that in the leaked audio recording, Kpokpogri could be heard telling actress Merit Gold that he has slept with ”Jane” several times and that she is very good in bed.

Kpokpogri who spoke in pidgin English also hinted that he and Jane dated for long and each time he thinks of her, he gets an erection. He said he and Jane have had ”dirty sex” and that Jane mentioned to him that she has not experienced such with her husband in the nine years they’ve been together.

Reacting to this, Daddy Freeze stated that the Delta-born politician will not make heaven and does not need a radio because he is already one.

He also slammed Jane Mena, saying if the audio recording is true, then it’s not good that she packages a “slacked” item with “no mileage” for her husband.

Daddy Freeze revealed that the person he pities in all of these is Jane Mena’s husband because at the moment “we’ve heard that he can’t do and that Mena paid his husband price”.

The media personality further stated that he decided to comment on the alleged affair between Kpokpogri and Jane Mena because Nigerians are hypocrites and also criticize those who have sex before marriage.

Daddy Freeze also said that it might have been the audio recording that Nkechi Blessing Sunday heard during her mother’s burial yesterday and fainted.