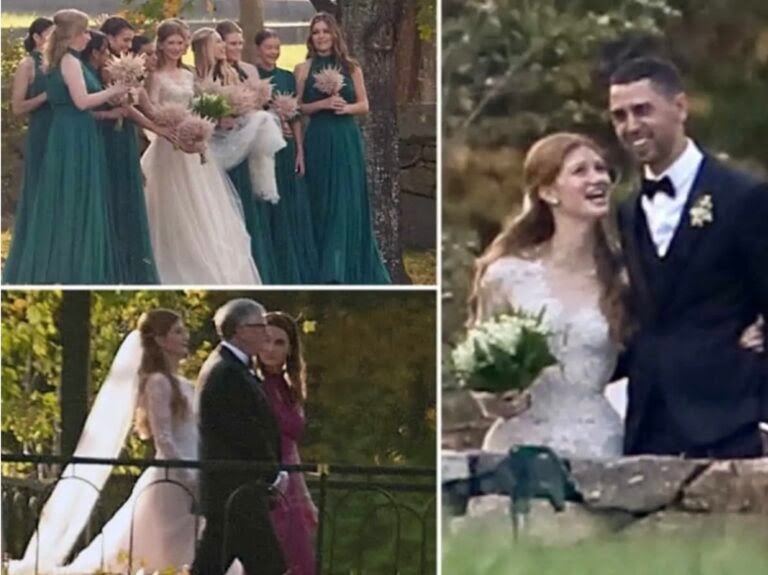 Famous billonaira , Daughter, Jennifer Gates, tied the knot with her partner Nayel Nassar in a ceremony on Saturday, October 17, 2021.

The groom, Nassar is an equestrian from Egypt.

300 guests blessed the couple in a ceremony in New York on Saturday afternoon.

The bride Jennifer was walked down the aisle by both her parents Bill and Melinda Gates. The bride had wore a custom-made dress by designer Vera Wang.

Despite the widely covered divorce, Jennifer’s parent , Bill and Melinda Gates were seen in the same place.

Jennifer Gates had first announced her engagement back in January 2020.

The ceremony took place at Jennifer Gates’ sprawling 124-acre horse farm in upstate New York. The estate was reportedly bought by her father bill in 2018 for around $16 million after she completed her graduation from Stanford University.

It was reported that Bill Gate arrived at the town a day earlier before the ceremony.