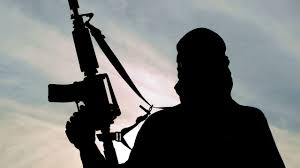 South East region of Nigeria has recently been experiencing high rate of insecurity, killings and other social maladies affecting the growth and development of the region.

A case of Dr. Chike Akunyili, the husband of the late director general of the National Agency for Food and Drug Administration and Control, NAFDAC, and later Minister of Information, Professor Dora Akunyili and eight others that were slaughtered in September at Nkpor, a suburb of the commercial city of Onitsha in Anambra State, speaks volume of insecurity in the region.