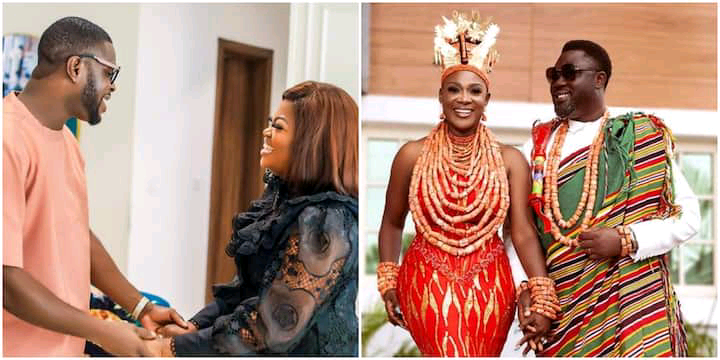 A young lady called Margaret Obi has got Nigerians talking after she made a post about Funke Akindele and Mercy Johnson.

Margaret took to social media to gush over the marriages of the Nollywood actresses, adding that she looks up to them.

Margaret’s statement also stemmed from the various social media drama around marriages especially that of celebrities.

According to the young woman, Funke and Mercy’s marriages give her hope about an ideal union.

A follower then asked Margaret about her parents’ marriage and she responded that it didn’t work out.