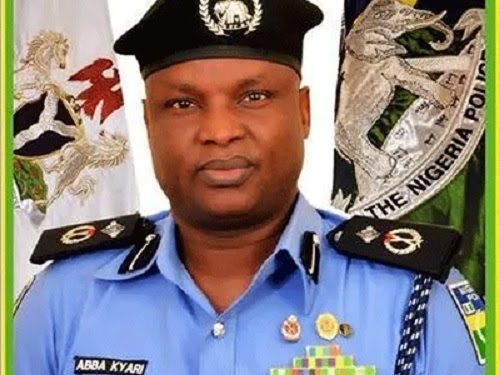 The embattled Commander of the Intelligence Response Team (IRT), Abba Kyari, who has been on suspension since July 31, following his indictment by the Federal Bureau of Investigation (FBI) has not been reinstated, the Police Service Commission (PSC) said on Sunday.

Reports had it that Kyari had been secretly recalled by the Inspector-General of Police (IGP) Usman Baba.

Mr. Austine Braimoh, who is a member of the PSC, has said that Kyari is still under investigation.

The IGP can only recommend to the PSC on steps to take while the commission had the final say on the issue of Abaa Kyari reinstatement.

He said: “We are not aware. If he is going to be reinstated, they have to write to us. We placed him on suspension. The IGP wrote to us about what he did and we had to place him on suspension until he is cleared or indicted.

“We are yet to receive any report that he has been cleared or indicted. So there is no way the commission can reinstate him into service without an official report on him. IGP can recommend to the commission and we will now do the needful”.

He said: “The powers to exercise disciplinary control over officers of the cadres of Abba Kiyari is exclusive and statutory responsibility of the Police Service Commission (PSC), and all enquiries on the issues of reinstatement should be directed to PSC”.

Kyari who has been under investigation for allegedly fraternising with a suspected Internet fraudster, Abbas Ramon, popularly known as Hushpuppi.

The FBI alleged that Abba Kyari connived with Hushpuppi to defraud a Qatari businessman of $1.1 million.

The IGP on thursday said that Kyari had been queried, adding that the police were working closely with the office of the Secretary to the Government of the Federation and the Attorney General of the Federation to discharge the appropriate sanction on Kyari.

He also explained that the panel constituted to investigate the case had submitted its report to the SGF, Boss Mustapha, for vetting and advice on the findings.

He said that the police had only recently received feedback from the SGF and were contemplating their next step.