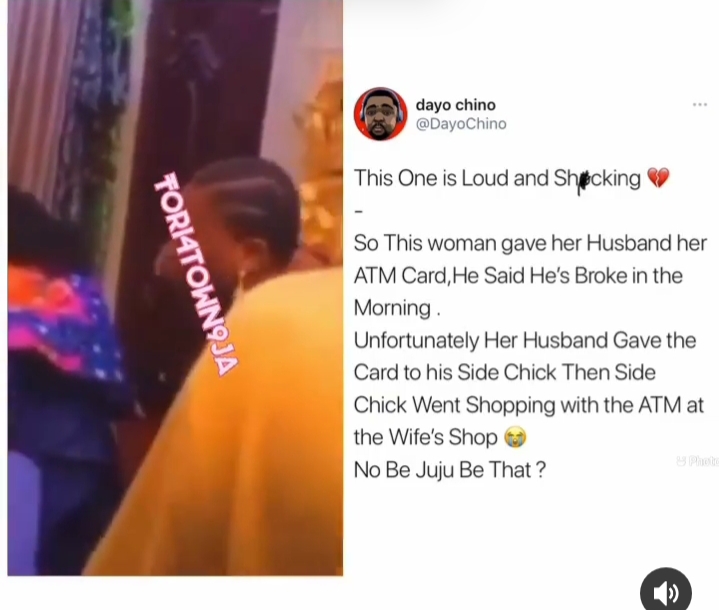 A Twitter user recently tweeted a post concerning a woman who gave her husband her ATM card because he was broke.

The woman was seen lamenting seriously as she trusted her husband to give him her card so he could survive his broke period, not knowing that he gave his side chick the same card to shop.