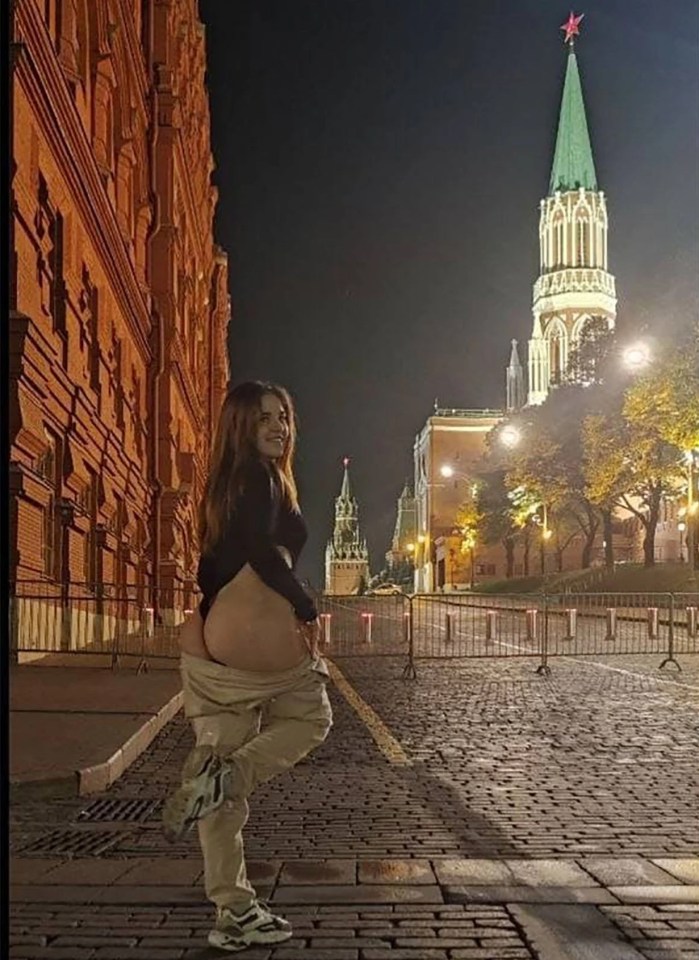 Russian adult film model Rita Fox has been sentenced to 14 days in jail for “disorderly conduct” after publishing a series of photos with naked buttocks in front of the Kremlin, the official residence of President Vladimir Putin.

Fox, whose real name is Ksenia Damova posted a picture of her ‘bare buttocks against the background of the Kremlin’, on the edge of Red Square, in Moscow, which triggered complaints, she said.

The actress reported her fate via her Telegram channel, where she publishes a selection of raunchy images.

“Hello, everyone. Here’s the news: I’ve been jailed for 14 days after all. I’ll be punished for disorderly conduct,” she wrote.

The 20-year-old is the fourth person in recent days to be held for such stunts for baring booty in a Russian public place.

Reports has it that Fox had been “inspired” by the actions of Instagram model Anastasia Chistova who, alongside her boyfriend, sparked fury last month by staging a racy photo in front of a cathedral in the Red Square.

The photo shows the model simulating a sex act while wearing a police jacket.

The duo was jailed on Friday after being charged with “insulting religious feelings” with the court also ordering Bobiev – real name Ruslani Talabjon – to be deported after serving his sentence.

Meanwhile, in another ongoing case Instagrammer Ira Volkova, 30, was reportedly held in St Petersburg for exposing her rear outside St Isaac’s Orthodox Cathedral.

The mum-of-one can be seen posing outside the church, with her back turned to the camera.

A criminal case has since been opened in which she is accused of “humiliating and insulting the religious feelings of believers” by showing “naked body parts against the background” of the cathedral.

She will face a trial later this month and is currently under house arrest.